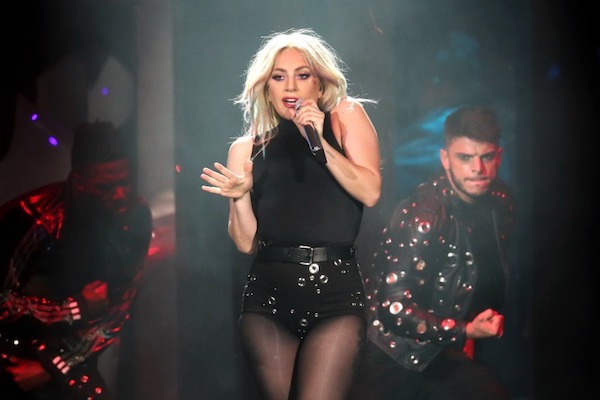 AvrupaLondon - Lady Gaga has postponed her upcoming European tour on doctors orders. The singer, who was due to perform across Europe on her Joanne Tour from the end of September, recently pulled out of a performance at Brazil's Rock In Rio festival and a show in Montreal before revealing she suffers from fibromyalgia.On Monday, September 18, it was announced by Live Nation that the condition has meant her tour cannot go ahead as planned. "Lady Gaga is suffering from severe physical pain that has impacted her ability to perform," a statement reads. "She remains under the care of expert medical professionals who recommended the postponement earlier today."Gaga herself issued a separate statement, apologizing to fans and talking further about her condition. "It is complicated and difficult to explain, and we are trying to figure it out," she said.The new dates for the European stint of the Joanne Tour have yet to be confirmed.

Live Nation confirmed today the European leg of Lady Gaga Joanne World Tour Concert has unfortunately been postponed until early 2018. The six-week European leg of the tour was scheduled to begin on September 21 in Barcelona, Spain and conclude on October 28 in Koln, Germany.Lady Gaga is suffering from severe physical pain that has impacted her ability to perform. She remains under the care of expert medical professionals who recommended the postponement earlier today. Lady Gaga is devastated that she has to wait to perform for her European fans. She plans to spend the next seven weeks proactively working with her doctors to heal from this and past traumas that still affect her daily life, and result in severe physical pain in her body. She wants to give her fans the best version of the show she built for them when the tour resumes.Lady Gaga sends her love to all her fans across Europe and thanks them for their support and understanding.As the tour is currently working on rescheduling the European dates, fans should hold onto their existing tickets pending the announcement of additional information once it is available. The second North American leg of the tour is scheduled to continue as planned.Live Nation and Lady Gaga apologize sincerely for the inconvenience.