GCC Artists Under the Spotlight at Auction 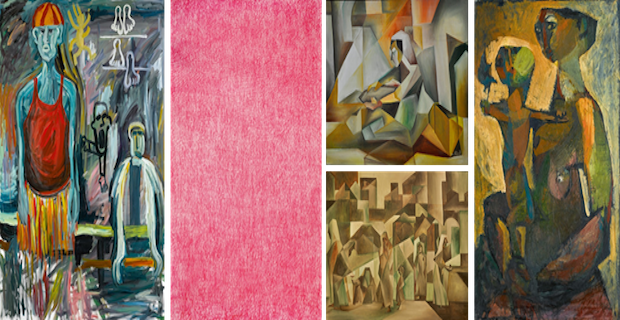 Ashkan Baghestani, Sotheby’s Contemporary Arab and Iranian Art Specialist and Head of Sale, said:  ‘Artists, curators, collectors and institutions from the Gulf have for many years made an ambitious mark on the cultural landscape of the Middle East, unlocking the rich heritage of the region and tapping into the unique combination of cultures that coexist. Sotheby’s has always been at the forefront of celebrating – and creating a platform for – this artistic vision, from pioneering the first ever auction of influential Saudi artists in 2014 to consistently introducing new Arab artists to an international audience in London. With the art scene in the region blossoming at an unstoppable rate, it feels like the perfect time to explore both the contemporary practises taking place in the GCC, as well as the modernism that gave birth to these artists and art forms.’

A vibrant international platform for modern and contemporary arts spanning an array of countries, this autumn’s edition of Sotheby’s 20th Century Art / Middle East auction will present a dedicated section focusing on artists from the Gulf region. The exhibition opens to the public in London on 19 October, unveiling a number of important works by Mohammed Kazem, Hassan Sharif, Abdulrahman Al Soliman and Munira Al-Kazi – many of whom will be making their first appearance at an international auction in London.

Keywords:
SothebysSothebys London
Your comment has been forwarded to the administrator for approval.×
Warning! Will constitute a criminal offense, illegal, threatening, offensive, insulting and swearing, derogatory, defamatory, vulgar, pornographic, indecent, personality rights, damaging or similar nature in the nature of all kinds of financial content, legal, criminal and administrative responsibility for the content of the sender member / members are belong.
Related News