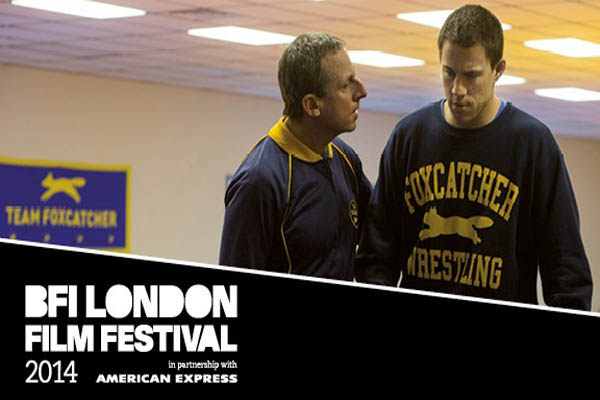 The 58th BFI London Film Festival in partnership with American Express is pleased to announce Foxcatcher as the Festival’s American Express Gala. The film will receive its UK Premiere on Thursday 16 October at the Odeon Leicester Square, attended by Academy Award-nominated director Bennett Miller and stars Steve Carell and Sienna Miller. Based on true events, Foxcatcher tells the dark and fascinating story of the unlikely and ultimately tragic relationship between an eccentric multimillionaire John du Pont (Steve Carell) and two champion wrestlers Mark Schultz (Channing Tatum) and his brother, Dave (Mark Ruffalo). Bennett Miller won the Best Director prize at Cannes for this rich and moving story of brotherly love, misguided loyalty and the corruption and emotional bankruptcy that can accompany great power and wealth.

We are delighted to be announcing that Foxcatcher will be our 2014 American Express gala presentation, marking the fifth year of our dynamic LFF partnership with one of the year’s most powerful and important films. Featuring enthralling performances from its entire cast and directed with unswerving rigour, Foxcatcher not only confirms Bennett Miller as one of the world’s most significant contemporary filmmakers, it powerfully demonstrates the clarity of his vision: get to the truth by creating fiction out of fact.

I’m thrilled that Foxcatcher will be playing the LFF and I’m thrilled to be attending. I suspect Britons will have a special relationship with this film.

Entertainment One UK release the film in UK cinemas on 9 January, 2015.

The 58th BFI London Film Festival in partnership with American Express runs from Wednesday 8 October to Sunday 19 October.  The full programme for the Festival will be announced on Wednesday 3 September from the Odeon Leicester Square.