The 2013 Cannes Film Festival opens on Wednesday with Baz Luhrmann's 3D version of The Great Gatsby. 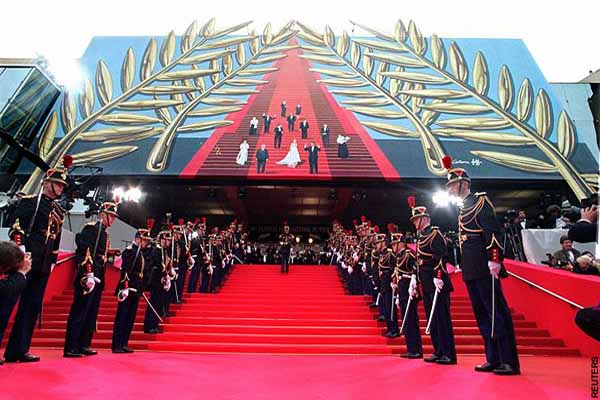 The Australian director's adaptation of F. Scott Fitzgerald's novel starring Leonardo DiCaprio surprised some Hollywood insiders, because Cannes traditionally launches on the palm-lined French Riviera with a splashy world premiere. But "The Great Gatsby" has already opened in the United States to mixed reviews and solid box office, potentially dampening buzz surrounding the start of 12 days of screenings, parties and dealmaking. Stars expected to face a phalanx of flash bulbs along the red carpet include Michael Douglas, Matt Damon, Ryan Gosling, Emma Watson and Bollywood veteran Amitabh Bachchan. Their pictures will undergo one of the most grueling tests in movie making -- pleasing Cannes' notoriously picky critics who regularly boo as the credits roll if they are unhappy. And behind the scenes at the event, up to 40,000 film professionals will be seeking to buy and sell the next box office hit at the most important movie market of the year. "This is the hardest 10 days of the year for me. There are always three or four movies that are exceptional and you have to find them so it is a detective job," said Tom Bernard, co-president and co-founder of Sony Pictures Classics.

Critics have praised the selection of films being screened at the 66th Cannes festival, saying it is a strong, well-curated list ranging from hotly-anticipated potential crowd pleasers to beautifully-crafted, artistic cinema.

American directors have their biggest showing in six years in the main competition at Cannes, making up five of 20 films vying for the coveted Palme d'Or for best picture, awarded by a jury headed by Steven Spielberg on the final day, May 26.

Steven Soderbergh's "Behind The Candelabra," starring Douglas as the gay pianist Liberace and Damon as his young lover, is already generating huge interest, particularly as Soderbergh has hinted that this could be his last movie. Also in focus are Joel and Ethan Coen's "Inside Llewyn Davis," about New York's gritty 1960s folk music scene, James Gray's "The Immigrant," Jim Jarmusch's vampire movie "Only Lovers Left Alive," and Alexander Payne's "Nebraska."

Two Japanese movies are in the running and one each from China, Chad, Mexico, Iran, Tunisia, Italy and the Netherlands while Danish director Nicolas Winding Refn's "Only God Forgives" with Ryan Gosling in a Thai gangland thriller is creating buzz.

Critics have earmarked "Le Passe" by Iran's Asghar Farhadi and "Like Father, Like Son" by leading Japanese filmmaker Hirokazu Koreeda as strong domestic dramas. Farhadi won an Oscar for best foreign language film in 2012 for "A Separation."

Despite criticism of an all-male lineup last year, only one woman director has made the 2013 competition. Valeria Bruni Tedeschi, sister of former French first lady Carla Bruni, is in the field with "Un Chateau en Italie."

The sidebar section, Un Certain Regard, set up to recognize young filmmakers, will feature 19 films including "The Bling Ring" by Sofia Coppola, starring Harry Potter actress Emma Watson, about a real-life gang stealing from celebrities' homes.

"It is a strong line-up this year looking at the names of the directors, especially those in competition," said Wendy Mitchell, editor of the magazine Screen International. "There are some very sellable films this year and the fact that business was down at the Berlin festival [in February] usually means that there will be keen buyers at Cannes."

Out of competition, hundreds of films will be shown in special sessions while 4,000 or so films, many yet to be made, will be haggled over in meetings along the Croisette, the resort's chic promenade, or on extravagant yachts moored nearby.

Patrick Wachsberger, co-chairman of Lionsgate Motion Picture Group, said he never had time to go to screenings but used Cannes to build buzz for new films including the second and third Hunger Games movies that start shooting later this year. "You meet with distributors every 30 minutes and it's really like going to the dentist," said Wachsberger. "The business seems more complicated than it used to be and a bit more frantic but the money at stake is higher and it's a bigger gamble."