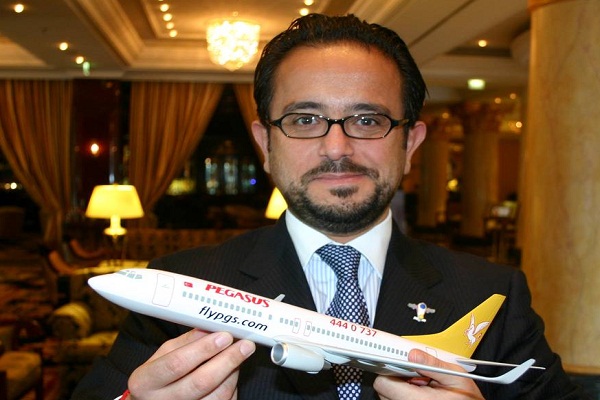 Don’t miss Ali Sabanci being interviewed by John Strickland, Managing Director of JLS Consulting, in a Key Interview entitled '1-to-1 with Ali Sabanci' on Day 1, 18 September, at 08:55 as part of the 'Growing Profitability' section of the Congress.

Later on the same day at 15:30, listen to Guliz Ozturk as she takes part in a panel debate 'How to radically re-work your websales strategy to cash in on consumer preferences and reduce channel costs' with participants from six other airline companies as part of 'Distribution Strategies'.

Pegasus Airlines was the first airline to launch a full low-cost model service in Turkey and has now become the fastest growing airline in Turkey. It expanded the number of its customers 6-fold in just 6 years and last year alone flew 11.3 million guests. It flies to 59 destinations in 25 countries and also has the youngest fleet in Turkey, composed of 42 aircraft, with the average age of the Next-Generation Boeing 737-800s just 3.02 years.   Pegasus Airlines also became the fastest growing airline of Europe's 25 largest in terms of capacity in 2011 according to the Official Airline Guide (OAG) report.

The World Low Cost Airlines Congress, now in its ninth year, is the biggest and most important event for low-cost carriers with over 400 senior executives from the world's airlines and partners expected to attend this year.