An innovative partnership between a Bradford-based educational organisation and a University in Pakistan has helped 40 women join their husbands across the UK. 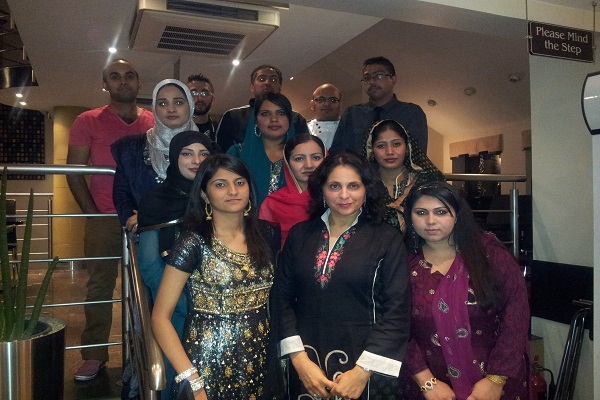 QED-UK is the first UK organisation to be co-funded by the European Fund for the Integration of Third County Nationals to administer the ‘Integrate UK’ English language courses overseas.

The aim of the free ten-week classes, hosted at Mirpur University of Science and Technology, is to aid married women seeking to join their husbands in the UK to encourage successful integration into British life.

In November 2010, the British Government introduced a rule that spouses joining their partners in the UK have to pass an English language speaking and listening test at a basic level.

QED-UK, an award winning organisation established in 1990 is supported by UKBA.

Adeeba Malik, Deputy CEO of QED-UK, said: “For women who are already married to British Pakistani men, we wanted to ensure they received high quality ESOL and Life in the UK training with a focus on helping them to integrate into British society when they come to live in the UK.”

The success of the Integrate UK scheme comes as immigration minister Damian Green has urged parliament that education providers must take their immigration responsibilities seriously in light of the London Metropolitan University scandal.

QED-UK recently hosted a dinner with some of the women who have recently entered the UK at Mumtaz restaurant in Bradford to celebrate Integrate UK’s success.

Ms Malik said: “It was wonderful to hear the women’s success stories. QED-UK is extremely well-placed to help deliver the Integrate UK initiative after over 20 years of helping improve the integration of ethnic minorities.”

Just a year and a half since the scheme first launched, 350 women have successfully passed the English language classes.

Adeeba Malik, a Bradford-born teacher, was awarded an MBE for her services to ethnic minorities and work on equality and diversity projects. She travelled to Mirpur – where the majority of immigrants to the UK are from - to recruit teachers and create the ten-week English course in association with Mirpur University.

Ms Malik added: “Integration is the crucial motivator and should be on the top of our agenda. Wives are a central part of a healthy family unit, so ensuring the women do join their husbands is the first step to a more harmonious life. At QED-UK, our emphasis isn’t just on learning English but learning British culture to encourage integration. We don’t want Pakistanis - or any community - to be marginalised, or feel alienated but be an active, positive force in society.”

Ms Malik said: “Educating Pakistani women in English language skills mean there’s less demand for translators when they visit the doctor, for example. It means they are more likely to gain employment and contribute to the community at large.  Language is the key to dealing with problems of alienation or radicalisation and work towards a harmonious future.”

Sonia Batool from Kolti village in the north of Pakistan travelled a six-hour return journey to take the classes attended the dinner, she said: “QED-UK is a known and trusted name in Pakistan, and my father-in-law recommended them to me.  Now I’ve just finished an IT literacy course and am enrolling in GCSE English. It’s been invaluable to me in helping me feel I can offer a valued contribution to society.”