'We didn't invent aviation, we transformed it' 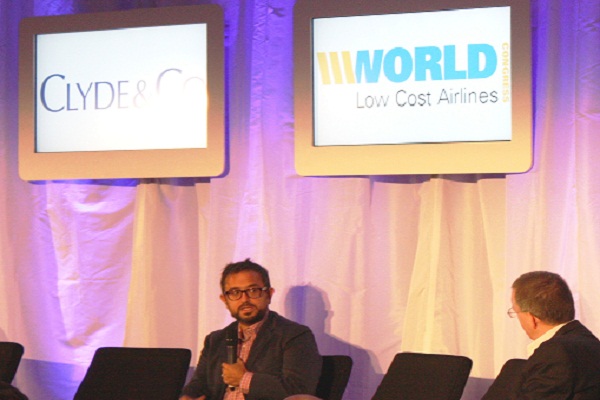 Ali Sabanci was interviewed by John Strickland, Managing Director of JLS Consulting, as part of the 'Growing Profitability' section of the Congress, while Guliz Ozturk took part in a panel debate on 'How to radically re-work your websales strategy to cash in on consumer preferences and reduce channel costs' with participants from six other airline companies as part of 'Distribution Strategies'.

Sabanci explained how Pegasus was transformed into Turkey's first, and now leading, low-cost carrier and also the fastest growing airline in Turkey under his stewardship, expanding the number of its customers 6-fold in just 6 years equating to over 46 million guests; last year alone flying 11.3 million guests. "We didn't invent aviation, we transformed it" Sabanci said and indicating that much potential still remains: "We have a country of approximately 75 million people, a young population and so there is huge potential - up to 2 to 3 times more growth potential - in Turkish domestic market than already tapped".

Also outlined by Sabanci was Pegasus' innovative and successful business model, which dynamically incorporates its guests' wants and needs. He explained that "our customers are considered guests".  He also said that the transparent reporting of Pegasus flights' on-time performance and its commitment to good-value pricing form part of the company's "evolving low-cost model" in direct response to feedback from its guests. He noted that the company recently reported an on-time performance of 93.77% for August, the busiest time in the flying calendar, with an average 27-minute domestic flight turnaround and 40 minutes for international flights.

Pegasus hoped to secure guest loyalty, according to Sabanci, by the fact of it having the youngest fleet in Turkey, with its Next-Generation Boeing 737-800s having an average age of just 3.02 years. The audience was also informed that a delivery of aircraft, likely to number over 40, would be being made in the next three years.

Sabanci also took the opportunity to announce that, continuing with its rapid routes expansion, as from 18 October, Dubai will be Pegasus' newest international destination with the airline now flying to 59 destinations in 25 countries.

The World Low Cost Airlines Congress is the biggest and most important event for low-cost carriers with over 400 senior executives from the world's airlines and partners having attended this year.