Even the British monarchy is 'not immune,' as collapse in tourism revenue squeezes royal budget 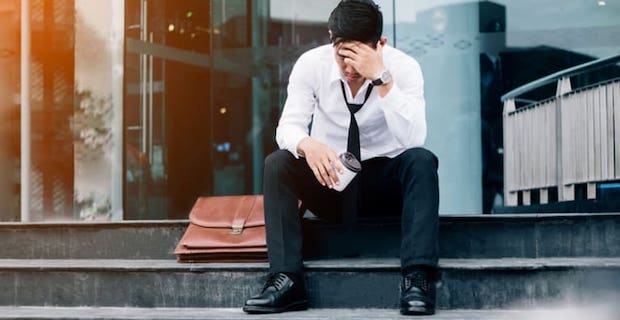 Unemployment benefit claims in the UK have increased to 2.1 million, their highest level since 1996, according to new figures published on Tuesday, as the coronavirus pandemic continues to extract an economic toll. The Office for National Statistics (ONS), the UK’s official statistics agency, said that 856,500 more people claimed welfare last month – the largest rise on record for one month, 69%.
The data covered the last three months, including the period following the national lockdown that was imposed on March 23. Over this period, unemployment increased by 50,000 to reach 1.35 million. The number of paid British employees dropped by 1.6% in April compared with March – around 450,000 workers.

John Athow, the ONS deputy national statistician for economic statistics, said: “While only covering the first weeks of restrictions, our figures show COVID-19 is having a major impact on the labour market. “In March employment held up well, as furloughed workers still count as employed, but hours worked fell sharply in late March, especially in sectors such as hospitality and construction. “Through April, though, there were signs of falling employment as real-time tax data show the number of employees on companies' payrolls fell noticeably, and vacancies were sharply down too, with hospitality again falling steepest.” The ONS warned that the unemployment rate could increase to 10% in the second quarter of the year.

The Sun reported that Lord Chamberlain Earl Peel, the royal household’s most senior official, sent an email to staff saying that income is expected to fall by a third this year. Lord Peel said the royal household was “not immune” to the economic fallout caused by the pandemic, and that staff could face pay freezes as the royal budget falls due to royal palaces being closed to tourists during what it supposed to be the peak tourism season. “We must therefore assume it could still be many weeks, if not months, before we are able to return to business as usual,” Lord Peel said.

“There are undoubtedly very difficult times ahead and we realise many of you will be concerned.” “The whole country is very likely to be impacted financially by coronavirus and the royal household is no exception,” a Buckingham Palace spokesman said. “However, the time to address this issue will be when the full impact of all the implications of the current situation is clearer. “At the moment the attention of the royal household is on ensuring it follows all the guidelines and supports the national effort in combating COVID-19.” After originating in Wuhan, China last December, COVID-19 has spread to at least 188 countries and regions, with Europe and the US currently the worst hit. The pandemic has killed more than 318,000 people worldwide, with over 4.8 million confirmed cases, while recoveries have surpassed 1.7 million, according to figures compiled by Johns Hopkins University.

Keywords:
UK UnemploymentCoronavirusCovid 19
Your comment has been forwarded to the administrator for approval.×
Warning! Will constitute a criminal offense, illegal, threatening, offensive, insulting and swearing, derogatory, defamatory, vulgar, pornographic, indecent, personality rights, damaging or similar nature in the nature of all kinds of financial content, legal, criminal and administrative responsibility for the content of the sender member / members are belong.
Related News