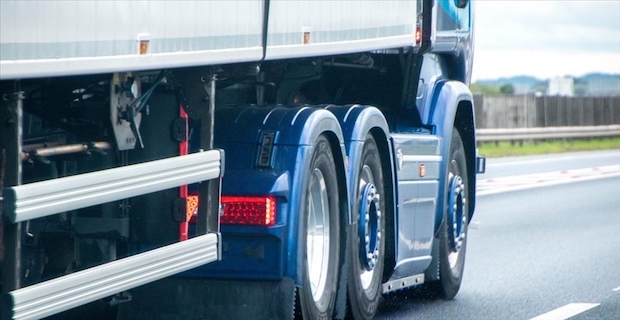 The British government introduced new measures Monday to help ease a fuel crisis that has gripped the UK which has seen long queues form outside gasoline stations as consumers rush to fill up their gas tanks.

The measures, which are intended to further ease supply chain pressures and spikes in demand for fuel, might see the military take up a responsibility that would normally lie with truck drivers. But with Brexit and the coronavirus pandemic, there has been a logistical collapse in the distribution of energy supplies across the country.

“While the fuel industry expects demand will return to its normal levels in the coming days, it’s right that we take this sensible, precautionary step. The UK continues to have strong supplies of fuel. However, we are aware of supply chain issues at fuel station forecourts and are taking steps to ease these as a matter of priority,” Business Secretary Kwasi Kwarteng said in a statement.

“If required, the deployment of military personnel will provide the supply chain with additional capacity as a temporary measure to help ease pressures caused by spikes in localized demand for fuel,” Kwarteng added.

According to the Ministry of Defense, British Army tanker drivers will be put on a so-called state of readiness in the event of being deployed to deliver fuel supplies to those communities most in need and providing reassurances that fuel supplies remain stable and fluid. Units will receive specialized training before deployment to ensure a smooth transition.

“The men and women of our Armed Forces stand ready to alleviate the transport pressures where they are felt most. That is why I have authorized their increased preparedness so they are ready to respond if needed,” said Defense Secretary Ben Wallace.

The Department of Transport has also authorized an extension of licenses that will allow drivers to transport heavy and industrial goods such as fuel. The extension is aimed at providing immediate relief to the shortage of fuel drivers by allowing those with expiring licenses to continue their work in driving. 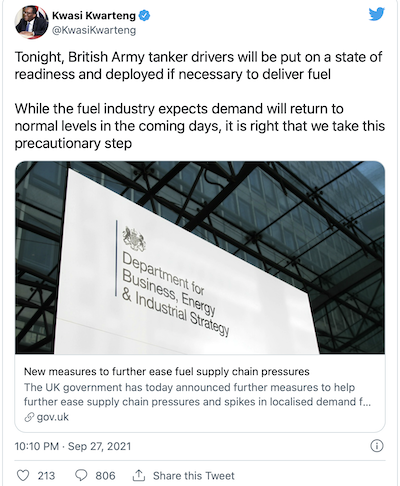 The UK is facing a fuel distribution crisis, not a fuel shortage. Its departure from the European Union put an end to the freedom of movement which saw a number of European workers leave major sectors of the economy, including that of transportation. As such, a lack of truck drivers has resulted in an imbalance of fuel distribution throughout the country.

The coronavirus pandemic and subsequent lockdowns have also played a major role in affecting energy supplies and distribution, with the economy having been brought to a standstill and workers being laid off due to a fall in revenue and earnings. The transportation and distribution sector was badly affected by the pandemic, which has also resulted in this latest crisis.

Keywords:
Fuel CrisisUKBritish Government
Your comment has been forwarded to the administrator for approval.×
Warning! Will constitute a criminal offense, illegal, threatening, offensive, insulting and swearing, derogatory, defamatory, vulgar, pornographic, indecent, personality rights, damaging or similar nature in the nature of all kinds of financial content, legal, criminal and administrative responsibility for the content of the sender member / members are belong.
Related News