DOLLAR 16,37
EURO 17,58
GOLD 974,41
BIST 2.450,84
The new Mayor of Enfield has been formally sworn in and the borough’s...
The seasonal fruit picking industry is struggling because of Brexit and...
London Craft Week, A Taste of Türkiye at Yunus Emre Institute London
Make a splash this summer with free swimming lessons
Dr Anna Colton's tips for parents and guardians during the exam season!...
An English Oak sapling tree has been planted in Enfield to commemorate...
Rishi Sunak is to warn that the next few months will be tough
Bank station’s new, spacious southbound Northern line platform officially...
Customers will also spot Royal station announcements and digital signs...
UK had recovered from the pandemic or in deep recession ?

UK households could save an average of £147 per year by switching off so-called vampire devices.

British Gas research indicates households in the UK are spending £3.16bn annually just for the privilege of leaving vampire devices on standby. 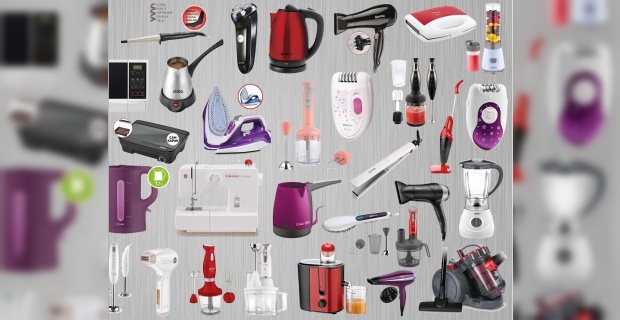 UK households could save an average of £147 per year by switching off so-called vampire devices.Vampire devices are electronics that drain a surprising amount of power even when they are on standby.British Gas research indicates households in the UK are spending £3.16bn annually just for the privilege of leaving vampire devices on standby.This equates to £147 a year for the average household - the equivalent of two months' electricity charges.

Lying awake
A 54% rise in the energy price cap has meant a household using a typical amount of gas and electricity will now pay £1,971 per year.In Leicestershire, Sara Gerritsma is feeling the pressure."The bill would be between £70 and £80," she says."This month, it was just over £120."A lot of tears were had from that, a lot of nights lying awake in bed, just going, 'I don't know how we're going to do it.'"Idon't know how I'm going to make this pot of money stretch.
"And it's a never-ending field of stress at the minute."

Bills could be set to rise even higher, Energy UK deputy director Dhara Vyas told BBC News ."We're seeing really high price rises at the minute," she said."We don't know yet for sure, because global gas prices continue to be volatile."Some estimates do say that we're looking at bills of up to £3,000 this winter."What is the energy cap and why are energy bills so high?Who allowed the energy price cap to rise so much? And other questionsPrepayment energy customers feeling the strainAs long as devices are plugged in at the wall, they are slowly drawing power.Smart speakers, laptops, internet routers all cost to keep plugged in.It may be convenient to leave the television on standby and wake it up with a press of a button on a remote - but it costs £24.61 per year, the research suggests, plus a further £23.10 for a set-top box, such as from Sky or Virgin Media.Games consoles on standby work out at an average of £12.17, while computers could cost about £11.22.

British Gas energy expert Marc Robson recommends adding devices to an extension lead that can be switched off at night - or using smart plugs."There are smart plugs you can buy which will let you check everything is turned off from your phone," he says."At night, or when not in use, try switching off devices at the mains rather than switching to standby, as even the standby light on a television uses energy."Try not to overcharge your mobile phone and laptop unnecessarily."As soon as your device is charged, try and get into the habit of unplugging it."Not only will this save energy but it also prolongs battery life."A smart meter's in-home display can help to identify how much energy is used at different times of the day, so you can see where energy is wasted."

Keywords:
UK HouseholdsVampire DevicesBritish GasElectricity Charges
Your comment has been forwarded to the administrator for approval.×
Warning! Will constitute a criminal offense, illegal, threatening, offensive, insulting and swearing, derogatory, defamatory, vulgar, pornographic, indecent, personality rights, damaging or similar nature in the nature of all kinds of financial content, legal, criminal and administrative responsibility for the content of the sender member / members are belong.
Related News