Country generates more than $35B tourism income in 1st nine months of this year, says TurkStat 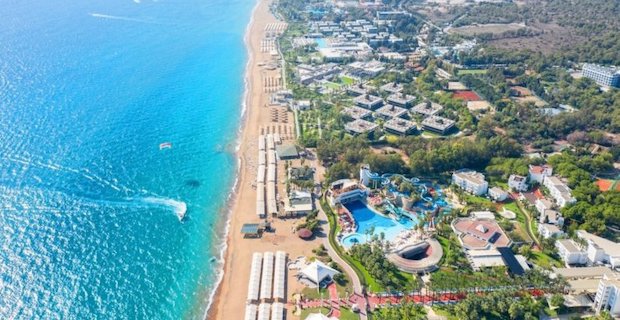 Türkiye's tourism income grew by 27.1% in the third quarter of 2022 from a year ago, the Turkish Statistical Institute (TurkStat) reported on Thursday. The country generated nearly $18 billion in tourism income in July-September, up from $14.1 billion in the same period of last year. "Some 14.3% of tourism income was obtained from Turkish citizens resident abroad," TurkStat said in a statement. Türkiye welcomed more than 21.1 million visitors in the three months to September, surging 54% year-on-year. Some 11.3% or 2.4 million were Turkish citizens residing abroad. The average expenditure per night of visitors was $89 dollars in the third quarter and visitors' average expenditure was $855 per capita.

According to official figures, individual expenditures constituted $12.6 billion of the total tourism income in the three-month period, while some $5.4 billion of the revenues came from package tour expenditures. In the third quarter, the number of Turkish citizens who visited abroad soared by 137.3% from last year, exceeding 2 million. Their average expenditure was $534. In January-September, Türkiye earned more than $35 billion from tourism, a hike of 67.9% on an annual basis. Separately, the Culture and Tourism Ministry also announced that Türkiye attracted 34.8 million foreign visitors in the first nine months of this year. The figure nearly doubled from the same period of last year.

Keywords:
TurkiyeTourismTourism Income
Your comment has been forwarded to the administrator for approval.×
Warning! Will constitute a criminal offense, illegal, threatening, offensive, insulting and swearing, derogatory, defamatory, vulgar, pornographic, indecent, personality rights, damaging or similar nature in the nature of all kinds of financial content, legal, criminal and administrative responsibility for the content of the sender member / members are belong.
Related News