Turkey's benchmark stock index hit its highest level of all times by climbing to 110,409.43 points during the afternoon session on Monday. 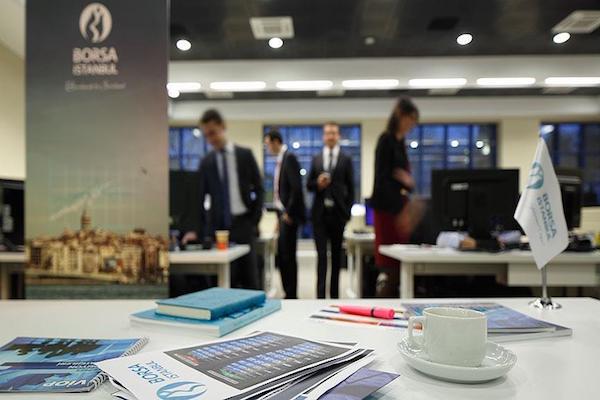 Avrupa/London - Turkey's benchmark stock index hit its highest level of all times by climbing to 110,409.43 points during the afternoon session on Monday.Borsa Istanbul's BIST 100 index closed last week at 109,755.14 points and it started Monday at 110,175.25 points with a 0.38 percent hike.The BIST 100 has been performing on an upward trend in recent months and posted its highest close at 109,781.13 points on Aug. 7.Since the beginning of the year, the index has increased by over 40 percent.According to analysts, the record-breaking performance of Turkey's benchmark stock index was supported by the fall of the USD/TRY exchange rate and occurred while the European stock exchange markets were also in a downward trend.In the meantime, the Turkish lira continued to gain ground against the U.S. dollar, after falling to a historic low in the beginning of 2017.The U.S. dollar/Turkish lira exchange rate saw its historic high in mid-January this year, climbing to around 3.94 Turkish liras.One dollar was traded for 3.4442 at 3 p.m. local time (1200GMT) Monday, compared with 3.4590 at Friday’s close.