Ruhsar Pekcan to visit London on Sept. 11, Argentina on Sept. 14 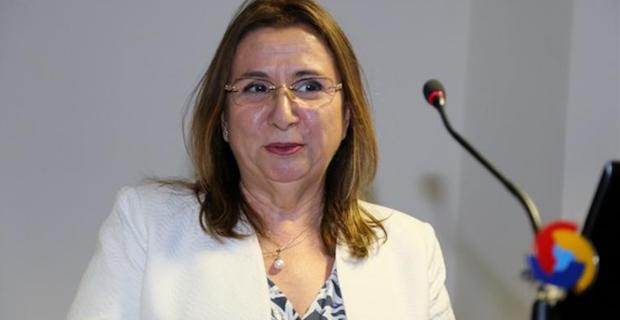 Turkey’s Trade Minister Ruhsar Pekcan will visit the United Kingdom and Argentina in an attempt to boost commercial ties with those countries.

Pekcan will go to London on Sept. 11 to attend the first Turkey-Britain Joint Economic and Trade Commission (JETCO) meeting after the country voted for Brexit.

During the two-day visit, the Turkish minister will discuss a range of topics including trade and investment ties between the two countries, market entry opportunities as well as financial services.

The Turkish minister is also expected to discuss a number of issues including visa and tourism as well as energy.

A new Free Trade Agreement between the two countries is also expected to be discussed as part of the talks, as the country prepares for Brexit.

He will also meet leading women entrepreneurs in the U.K. and inaugurate Turkish Trade Center in London.

The Turkish Trade Center is expected to host 36 companies on informatics, design, construction, and architecture.

The Turkish minister will head to Argentina on Sept. 14 to attend G20 Trade and Investment Ministerial Meeting.

Argentina will host G20 Leaders’ Summit under the theme “Building consensus for fair and sustainable development” at the end of 2018.

Keywords:
EURuhsar PekcanJETCOTurkey’s Trade Minister Ruhsar Pekcan
Your comment has been forwarded to the administrator for approval.×
Warning! Will constitute a criminal offense, illegal, threatening, offensive, insulting and swearing, derogatory, defamatory, vulgar, pornographic, indecent, personality rights, damaging or similar nature in the nature of all kinds of financial content, legal, criminal and administrative responsibility for the content of the sender member / members are belong.
Related News