AVA, The loan will be a shot in the arm for Egypt, which failed to agree with the International Monetary Fund on a $4.8 billion loan 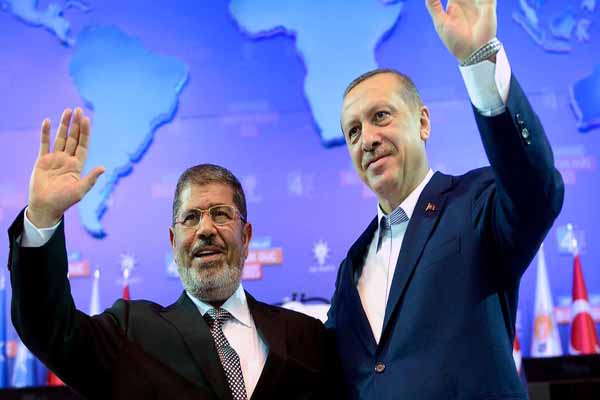 Turkey will transfer the remaining $1 billion of a $2 billion budget support package agreed for Egypt last year within the next two months, Turkish economy officials and banking sources said on Wednesday. The loan will be a shot in the arm for Egypt, which on Tuesday failed to agree with the International Monetary Fund on a $4.8 billion loan that could ease a worsening economic crisis in the Arab world's most populous nation. Under the Turkish agreement, announced last September during a visit to Ankara by Egyptian President Mohamed Mursi, Turkey's Treasury loaned Egypt the first $1 billion. Turkey's Eximbank will now supply the second tranche in the next two months, the sources said, although the interest rate on the loan had not yet been settled.

"The Egyptians are completing the deal's conditions at the moment. We expect them to get it done by the end of the month and the deal to come into effect afterwards," one of the sources close to the transaction said.

"The deal will include capital goods and pre-determined projects. Egypt will soon have a short list of these projects."

Turkish Prime Minister Erdogan has presided over Turkey's emergence as a power in the Middle East over the past decade and championed the pro-democracy uprisings of the "Arab Spring", which saw dictatorships unseated in Tunisia, Libya and Egypt.

His government is keen to position Turkey, whose construction sector is heavily engaged in frontier and emerging markets in Central Asia, Africa and the Middle East, as a key player in rebuilding the region's post-conflict economies.

Turkish trade with Egypt rose to $5 billion in 2012, consisting mostly of Turkish exports to the Arab nation, from around $3 billion the previous year.

Egypt has been rapidly burning through the hard currency reserves it needs to import food to feed its 84 million people. It is grappling with falling tourism, a soaring budget deficit and an atmosphere of political confrontation that has led to waves of violent street protests.

It secured $5 billion in stopgap finance from Qatar and Libya last week, which, together with the Turkish loan, will buy it time as it seeks to avert social unrest over fuel shortages and food price increases in the run-up to parliamentary elections expected in October.

Before the Qatari and Libyan loans, its foreign currency reserves had dwindled to a low of $13.4 billion in March, less than needed to cover three months' imports.