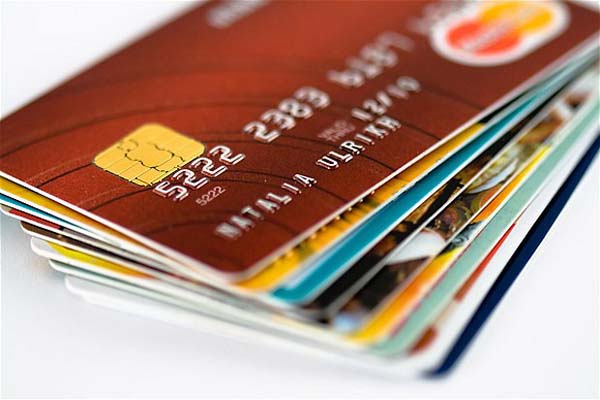 Turkey will launch new measures to curb consumer loans and the use of credit cards to pay for goods by monthly installments in the hope of restricting the country's growing inflation and current account deficit (CAD), according to the Banking Regulation and Supervision Agency (BDDK) on Tuesday. The BDDK said a series of new measures to limit loan and credit card use will come into effect on Feb. 1, 2014. The BDDK had earlier said they were preparing a plan to curb credit card and loan use and hence domestic demand, which is part of a government bid to stem the flow of money spent on imported goods. The new measures come at a time in which the central bank is working to reduce the nation's dependence on foreign capital and cap inflation along with the external deficit. Under the BDDK plan, it will no longer be possible to buy food, electronics and gasoline in installments, while credit card installment plans for electronics will be limited to nine months, the watchdog said in a written statement. Observers have criticized the BDDK for failing to offer a transition period to the new limitations. Market experts say Turkish credit card users will have difficulty in adapting to the new measures. The majority of credit card holders pay for goods in long installment periods. There were 56.4 million credit cards circulating in the country in the first half of this year, while Turkey's population is estimated at around 76 million.

The move to control the rampant growth of consumer loans limits bank loans when buying a house to 75 percent of the property's market value. This means an individual who wants to buy a house worth TL 100,000 will not be allowed to take out loans amounting to more than TL 75,000 for that purpose. The BDDK decision also includes limits on the volume and number of car loan installments -- potentially a major limit on consumer demand. If a customer wants to buy a car worth TL 50,000, a bank loan for the purchase will be limited to TL 35,000. For vehicles worth more than TL 50,000, a consumer can take out a bank loan of up to half the market value of the car.

The Turkish Banks Association (TBB) said last month that loan growth had been expected to slow in the fourth of quarter of 2013. The measures also aim to lift the domestic savings rate from its historic low.

Turkey has seen explosive consumption-led growth over the past decade, with per-capita wealth almost tripling in nominal terms, but its savings rate has remained low. Consumer loan growth ran at around 24.6 percent in the first nine months of the year, well above the central bank's 15 percent reference rate, while the savings rate dwindled to record lows of 12.6 percent of output.