AtlasGlobal is undergoing a huge transformation: from its logo to the appearance of its planes; 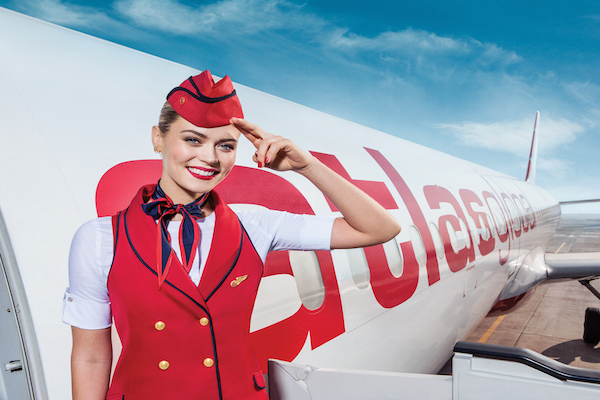 Avrupa Newspaper/London-Turkey’s most loved airline, Atlasjet, has been hinting at the forthcoming change for a while. The brand explained that it has changed its corporate identity to move forward as AtlasGlobal. The brand has been operating in Turkey since 2001, and since 2004 has been offering domestic and international scheduled flights, becoming known for its quality, safety and comfort. With this change it won’t just be in Turkey but internationally that it sets its sights on becoming a top airline company.With its aim fixed on enlarging its fleet and increasing its global strength, Atlasjet decided to begin with a change of corporate identity, The decision to move forward as AtlasGlobal was taken by Murat Ersoy, Chairman of the Board, who said “We have taken the first steps towards our Global project – there’s more to come.

AtlasGlobal is undergoing a huge transformation: from its logo to the appearance of its planes; from its corporate identity to its vision and goals. From now on it will continue to reveal its new face to its passengers and surprise them with its progress.

From the UK, AtlasGlobal operates daily flights from London Luton to Istanbul Ataturk. Great value EconomyPlus fares include benefits such as generous 30 inch leg-room, complimentary food and drinks prepared by the on-board ‘flying chef’ and 25kg luggage allowance. Each aircraft also has a dedicated Business Class section offering passengers even more space and comfort. The Chairman of the Board of AtlasGlobal Airlines, Murat Ersoy, who stated that the project had taken its first steps said “We started this adventure with 2 aircraft and now we continue with a global fleet of 22 aircraft. We have completed our preparations for growing our fleet in the near future and for expanding and diversifying the domestic and international destinations which we offer. We will be sharing these developments with you very soon. Our growth strategy is not focused only on Turkey, but in parallel, we also have different regions of the world on our radar. That is why we have decided to move forward as the AtlasGlobal brand. “

Ersoy stressed that the change of corporate identity was the beginning of the path to growth and added “In tandem with this change, our new promotional film will be shown on TV starting from today. From our marketing strategy to the services and comfort which we offer onboard our flights, our guests will experience the change throughout.”

As part of the new corporate identity the AtlasGlobal website address has changed and will continue to serve passengers at www.atlasglb.com.

AtlasGlobal’s new promotional film carries the signature of WBRIstanbul and was filmed at Istanbul’s Atatürk Airport with a large team. The President of the Agency Ertan Özyiğit said “We have been working together on this brand transformation for the past 6 months. We wanted to create a film which would fit in with the company’s international growth strategy and new positioning, and explain the brand’s global adventures in the best possible way. This huge production took 4 days and we worked with the best names in Turkey throughout, from the photographer to the stylist, from the lighting specialist to the producer. Everyone who sees this promotional film will recognise the international dimensions of Atlasglobal’s ambition.