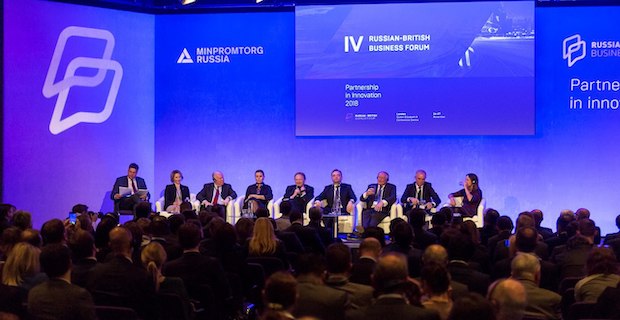 The 5th Russian-British Business Forum (RBBF-2019), which is a major Russian business event in the United Kingdom, is due to take place on 27 November at the Queen Elizabeth II Conference Centre. This year, the forum will celebrate its five-year milestone, bringing together more than 1,000 British and Russian business leaders and state officials. The theme of RBBF-2019 will be ‘Digital infrastructure and industry’.

The programme for the forum on 27 November will include a series of panel sessions, reports presented by international experts, round-table discussions, European previews of new Russian technology and an investment lunch with financial organisations. As part of the forum, an exhibition will be held which is dedicated to developing prospects for cooperation with Russian regions and companies. On 26 November, participants will visit offices of international companies in London and enjoy an official welcome at the Trade Delegation. 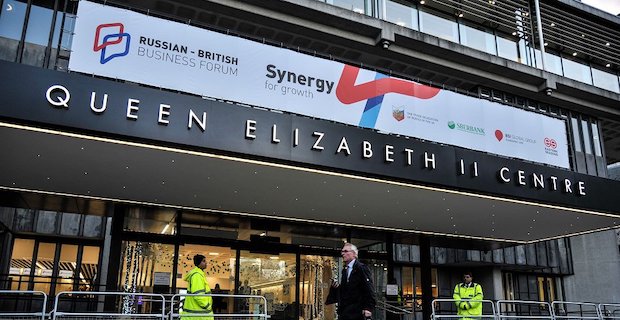 The theme of RBBF-2019 is timely, given the search for new business opportunities between the two countries, primarily in the innovation sector. Much attention will be dedicated to digital development across various Russian and UK industries, such as the financial sector, state services, industry, agriculture and retail. The main panel sessions are as follows: ‘Future international business priorities for Russia and the United Kingdom’; ‘Financial infrastructure and digital trends in international business’; ‘Industrial cooperation and global production development’; ‘Interregional cooperation and exploiting export potential’; and ‘New prospects in the services sector: opportunities for the Russian and British markets’.

As part of the round-table discussions, experts, business representatives and officials will take part in meaningful discussions on cooperation prospects and implementing solutions for so-called smart cities, organic food markets and the new consumer philosophy, as well as advanced technology in the healthcare sector.

According to Russian and British data, trade between the two countries has grown progressively in recent times. In 2017, it grew by 23%, growing by a further 8% in 2018, which amounted to USD 13.7 billion. The total level of British investment in the Russian economy amounts to USD 20.3 billion, with Russia having invested a total of over USD 13 billion in the British economy. The past few years have seen the emergence of new goods, with Russian non-primary exports and services to the United Kingdom increasing and diversifying. To that end, investment, developing and localizing production and facilitating the transfer of technology are already underway.

To apply for participation in the RBBF, please filling out the registration form.

Keywords:
RBBFRBBF 2019The 5th Russian-British Business Forum
Your comment has been forwarded to the administrator for approval.×
Warning! Will constitute a criminal offense, illegal, threatening, offensive, insulting and swearing, derogatory, defamatory, vulgar, pornographic, indecent, personality rights, damaging or similar nature in the nature of all kinds of financial content, legal, criminal and administrative responsibility for the content of the sender member / members are belong.
Related News