TfL reminds people to plan ahead for RMT strike action on Monday, and to check journeys before travel over the weekend 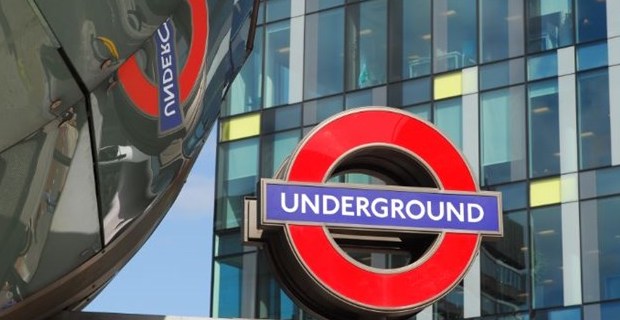 Londoners and visitors can be assured the network will be running over the Jubilee weekend, although customers should check before they travel in case of short notice changes or station closures
From Friday until 10 July, the RMT will carry out action short of strike at Tube stations, which may impact some journeys. On Monday 6 June, the RMT will take strike action for 24 hours at Tube stations across the network. TfL expects severe disruption across the network all day on 6 June until 08:00 on 7 June with a limited number of Tube stations open and reduced hours of operation. Customers are advised to avoid travelling on Monday and early on Tuesday unless necessary. Strike action has been called despite there being no proposals to change pensions or agreements and no job losses
Transport for London (TfL) is reminding people to plan ahead for strike action being taken at Tube stations by the RMT on Monday 6 June. The RMT is also taking action short of a strike from Friday 3 June until Sunday 10 July, which may impact some journeys on the Tube. TfL is planning to run services and keep stations open over the Platinum Jubilee weekend. Public transport, walking and cycling will be the best way to get around to enjoy everything the capital has to offer on this historic weekend. However, action short of a strike being taken by the RMT means station staff might not work overtime, which could lead to some stations being closed at short notice. TfL is doing everything it can to keep Tube stations open. Other modes of transport, including buses, DLR, London Overground, Trams, London Cable Car and the Elizabeth line will be running as normal, though services could be busier.

On Monday 6 June, RMT strike action will be taking place across London Underground stations. While train services will run, TfL expects severe disruption across the network from the start of service on Monday 6 June to 08:00 on Tuesday 7 June, with many stations – especially those in the centre – closed. Those stations that can be opened may only open for limited periods and the situation is likely to change throughout the day depending on whether TfL has enough staff to safely keep stations open.

Customers are advised to avoid travelling on Monday 6 June unless necessary. If customers cannot avoid travelling on Monday 6 June, they are advised to travel after 08:00 and to complete journeys by 18:00. On Tuesday 7 June, some stations may still be closed at the beginning of the day so it is advised to travel after 08:00. Please allow more time for journeys and check before travelling. For the latest information on how services are operating, customers should use TfL’s real-time travel tools, including status updates, Journey Planner and TfL Go. Travel advice for the strike action is available at tfl.gov.uk/tube-strike.

London’s high-frequency bus services will continue to run throughout the planned industrial action. The newly opened Elizabeth line will run over the Jubilee weekend, with a special service operating on Sunday 5 June from approximately 08:00 - 22:00. Other TfL services, including buses, DLR, London Overground and Trams are not affected by the industrial action and will be running but will be busier than normal.

TfL expects London's roads to be congested. Customers in central London are advised to walk, cycle or use a rental e-scooter for all or part of their journeys where possible if the planned action goes ahead. Santander Cycles will be available throughout the weekend as usual, 24 hours a day. Details of nearest docking stations are available at tfl.gov.uk/santandercycles.

Keywords:
Check JourneysTravel Over The WeekendRMT Strike ActionLondonersStrike ActionLondon Underground Stations
Your comment has been forwarded to the administrator for approval.×
Warning! Will constitute a criminal offense, illegal, threatening, offensive, insulting and swearing, derogatory, defamatory, vulgar, pornographic, indecent, personality rights, damaging or similar nature in the nature of all kinds of financial content, legal, criminal and administrative responsibility for the content of the sender member / members are belong.
Related News