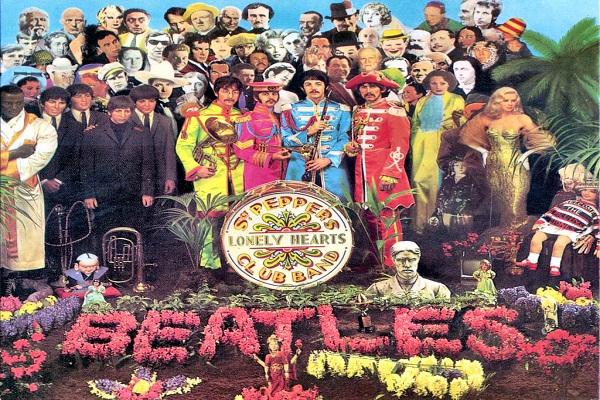 On this the 50th anniversary of the release of the first Beatles single, Sotheby’s London announces that it will  offer an image familiar to millions of music fans around the world - Sir Peter Blake’s original 1967 collage for the insert for The Beatle’s legendary Sgt Pepper’s Lonely Hearts Club Band - one of the best-selling albums of all time, and a landmark in musical history. This rare and highly influential artwork is the centrepiece of 18 works from the Collection of the late architect Colin St John “Sandy” Wilson (1922-2007) which will be offered for sale in Sotheby’s Modern & Post-War British Art Evening Sale on 13th November. Appearing on the market for the first time, the collage is estimated to realise £50,000-80,000.

James Rawlin, Sotheby’s Senior Specialist, Modern British Paintings, commented: “Sir Peter Blake’s collage is a tangible slice of rock history. Sgt Pepper had a huge impact on the cultural landscape. It was the first concept album, when music, story, image and studio expertise all came together. In this work we witness the creation of the eponymous Sgt Pepper himself, with his familiar accoutrements of moustache and sergeant’s stripes, originally intended for fans to cut out and keep.”