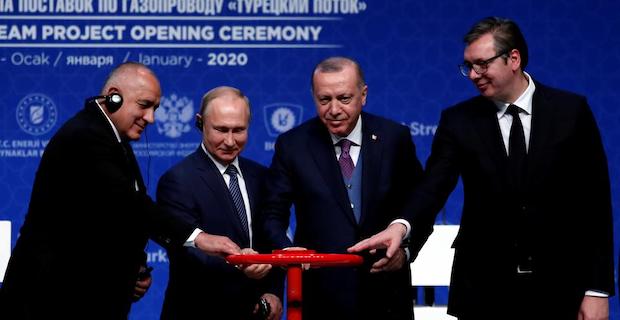 The Russian media widely covered on Thursday a meeting of Turkish and Russian presidents on Jan. 8 in Turkey, where the leaders discussed the recent developments in the Middle East and took part in the inauguration ceremony of TurkStream gas pipeline. The official Rossiyskaya Gazeta says Recep Tayyip Erdogan and Vladimir Putin focused on a peaceful agenda during their meeting in the Turkish metropolis Istanbul.

The two presidents gave a start to the gas deliveries through TurkStream gas pipeline, which is expected to provide the transit countries with new opportunities to develop and diversify their economies.  Putin stressed that TurkStream is an example of successful peaceful cooperation, said the daily.

The second part of the meeting was dedicated to the initiatives aiming to stop the fighting in the Middle East, it said, and added that the two presidents opposed the U.S. decision to assassinate top military Gen. Qasem Soleimani. 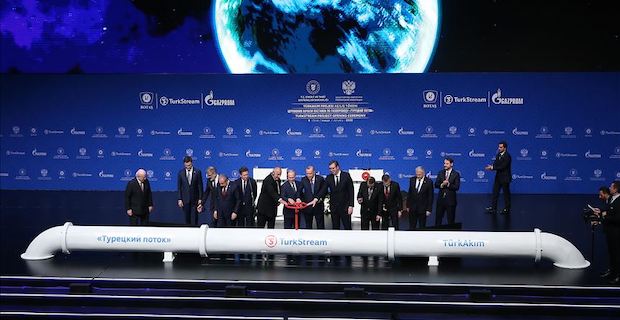 Soleimani, the head of the Revolutionary Guards' elite Quds Force, along with Abu-Mahdi al-Muhandis, the deputy leader of the Iraqi Hashd al-Shaabi group, and eight others were killed in a drone airstrike near Baghdad, Iraq’s capital, on Jan. 3.

Putin and Erdogan called on the warring parties in Libya to declare a ceasefire, starting from Jan. 12.

The daily Izvestia assessed Russia’s advantage from TurkStream. It said the country can recover the expenses of the gas pipeline construction in five years.

Russia has become less dependent on Ukraine for gas deliveries to Europe, and TurkStream made the transfers less costly compared to the ones through the Ukrainian gas transportation system, the daily stressed.

Izvestia warned that Bulgaria can delay TurkStream construction on its territory, as there is no firm political will, and the country seems hesitant due to the U.S. opposition to the project.

But in any case, the project is completed, and the U.S. sanctions are too late for TurkStream, added the daily.