Chancellor Rishi Sunak has set out changes to universal credit he says will give low income families an extra £1,000 a year. 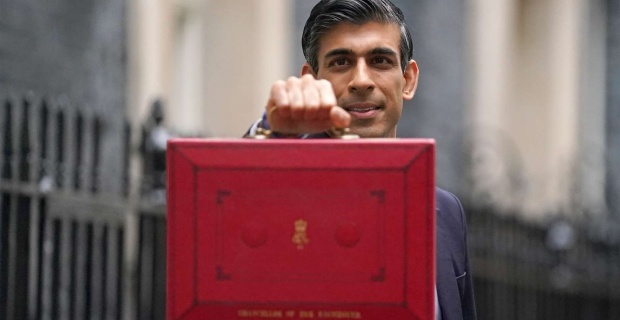 In an upbeat Budget speech, he said the UK economy had not been hit as hard by the Covid pandemic as expected.He promised more money for schools, business rate cuts and took 3p off the price of a pint of beer.Labour said his universal credit measure would not make up for axing the £20-a-week top-up to the benefit.
The chancellor painted a positive picture of the health of the UK economy as it emerges from the pandemic, in his autumn statement to a packed House of Commons.

"Employment is up. Investment is growing. Public services are improving. The public finances are stabilising. And wages are rising," he told MPs.

"Today's Budget delivers a stronger economy for the British people: stronger growth, with the UK recovering faster than our major competitors."
He said unemployment had not hit the levels feared at the height of the pandemic - but inflation was set to rise further, from 3.1% to 4% over the next year. 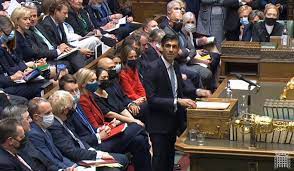 Much of his Budget had been pre-announced, including an end to the public sector pay freeze and an increase to the National Living Wage from £8.91 per hour to £9.50.
But Paul Johnson, of the Institute for Fiscal Studies, told BBC News the "almost non-existent" increase in living standards predicted over the next five years was a "big blow" to families.
Household disposable income is set to rise by 0.8% per year, according to Office for Budget Responsibility figures.
Economic growth is forecast to rise to 6.3% next year - higher than previously predicted - but it will then slow to 1.3% by 2023.

Keywords:
Rishi SunakBudget DeliversBritish People
Your comment has been forwarded to the administrator for approval.×
Warning! Will constitute a criminal offense, illegal, threatening, offensive, insulting and swearing, derogatory, defamatory, vulgar, pornographic, indecent, personality rights, damaging or similar nature in the nature of all kinds of financial content, legal, criminal and administrative responsibility for the content of the sender member / members are belong.
Related News