Pegasus is expanding its network with daily flights to Dammam and three times weekly flights to Muscat from London Stansted via Istanbul. 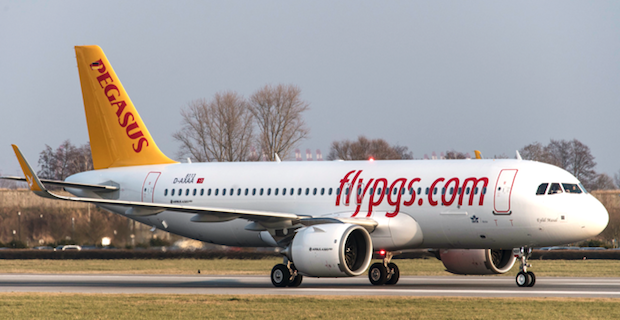 Three times weekly flights will be launching on 3rd July 2018 between London Stansted and Muscat International Airport from London Airport and Muscat International Airport (via Istanbul) with prices starting from just £115.99. Flights will operate on Tuesdays, Thursdays and Saturdays from London Stansted to Muscat; with flights from Muscat available on Wednesdays, Fridays and Sundays. From 15th July 2018, the frequency of the London to Muscat flights will be increased to four times weekly.

Oman’s capital Muscat is the country’s largest city. Located on the coast of the Umman Gulf, Muscat and the surrounding areas offer beautiful sandy beaches and a plethora of activities including snorkelling, underwater diving and desert safari trips.

6th June, guests are also able to enjoy daily flights between London Stansted and Dammam (via Istanbul), with fares starting from just £159.99. Dammam is the capital city of Saudi Arabia’s Eastern Province, and is known as the heart of the country’s petroleum industry. It is also the third largest Saudi city after Riyadh and Jeddah, and Dammam’s King Abdul Aziz port is the largest one in the Basra Gulf.

With the new routes to Dammam and Muscat, Pegasus now flies to a total of 110 destinations in 43 countries.

Guests can book their flights for the London – Muscat and London – Dammam routes on www.flypgs.com/en, www.mobile.flypgs.com, Pegasus’ mobile app, as well as via Pegasus ticket agents.

Keywords:
Pegasus AirlinesPegasusMuscatDammam
Your comment has been forwarded to the administrator for approval.×
Warning! Will constitute a criminal offense, illegal, threatening, offensive, insulting and swearing, derogatory, defamatory, vulgar, pornographic, indecent, personality rights, damaging or similar nature in the nature of all kinds of financial content, legal, criminal and administrative responsibility for the content of the sender member / members are belong.
Related News