Fears about the Omicron Covid variant have led to a raft of cancellations at hotels, with many customers changing their Christmas plans. 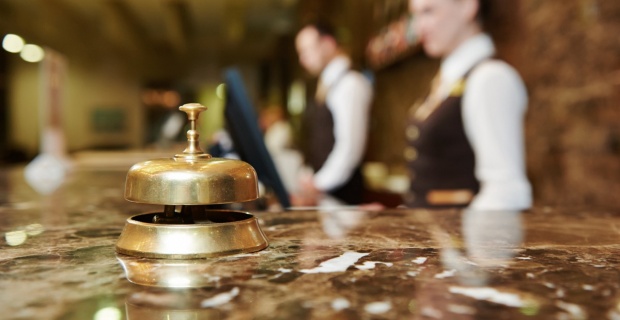 Best Western GB, which runs 300 UK hotels, told the BBC that around three-quarters of its hotels had experienced event and room booking cancellations.  Uncertainty over the Omicron variant has added to safety concerns over large gatherings of people. It has also led to the tightening of rules on travel. Jonathan Fletcher, who manages a Best Western hotel in Dorset called The Grange, says customers have been phoning all week cancelling meals and parties. "This Saturday night, we were supposed to have 100 people eating in our restaurant. Now there'll only be 12," he says "One local business cancelled because they'd been told by head office not to gather in groups larger than 20 people. Overall, 268 people were booked in for Christmas parties this week. Now we're down to 130." "We were full for four nights this week, but 35% of our rooms have now been cancelled and we're not receiving bookings to replace them. "Corporate guests who were coming from abroad have also been cancelling", he adds

He says the cancellations will cost him, and his staff, a lot of money. "We've already placed orders from suppliers, we've spent a fortune on redecorating the hotel for the Christmas season", he says. "If this continues, financially, we'd almost be better off in lockdown and having furlough back," he adds. Cancellations have also been reported by the Arora Group, which is the largest private owner and operator of hotels in the UK.

"It's been a rollercoaster ride," said Surinder Arora, the group's founder and chairman. "Guests who are flying out of the country normally tend to spend a night with us, especially on early morning flights, now a lot of those are being cancelled."

Keywords:
OmicronHotelHotel CancellationsCOVID
Your comment has been forwarded to the administrator for approval.×
Warning! Will constitute a criminal offense, illegal, threatening, offensive, insulting and swearing, derogatory, defamatory, vulgar, pornographic, indecent, personality rights, damaging or similar nature in the nature of all kinds of financial content, legal, criminal and administrative responsibility for the content of the sender member / members are belong.
Related News