Oil rush may begin in terrorism hotbed of Hakkari

Energy Minister Taner Yıldız said over the weekend that exploratory oil drilling may begin as early as next year in the southeastern-most province of Hakkari, notorious as a hotbed for the decades-long insurgency of the terrorist Kurdistan Workers' P 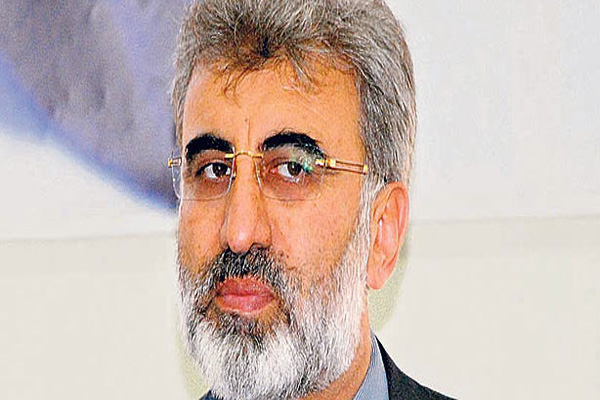 The minister discussed the prospect of drilling in the volatile region during a visit to natural gas platforms off the coast of Akçakoca, a district in the Black Sea province of Düzce. Speaking at a press conference after inspecting the platforms from the deck of a coast guard vessel, the minister said the rare example of domestic gas and oil production that Akçakoca represents would hopefully be repeated in Hakkari over the coming years. “The findings we now have in hand indicate that there is oil there,” the minister was reported by the press as saying. The minister refrained from saying what the details of the find were, explaining that recently undertaken, country-wide surveys by the state-owned Turkish Petroleum Corporation (TPAO) had indicated that large oil deposits might exist in the southeastern region.

“One of the goals of the terrorists is to prevent Turkey from tapping its domestic natural resources,” Yıldız said, describing the find as a matter of national security. The minister also suggested that a TPAO exploratory rig that might begin drilling as early as spring in 2013 would need military protection.

Bordering Iran and northern Iraq, Hakkari province has long been the scene of clashes between government forces and the terrorist PKK insurgency, with dozens of terrorist attacks in recent years making the province one of the bitterest flashpoints in the decades-long conflict.

The terrorist group has often carried out attacks against Turkey's oil network, striking pipelines leading from Iraq dozens of times in past years. As early as late July, blasts rocked the Kirkuk-Ceyhan pipeline, which runs between northern Iraq and Turkey.

Unlike Iraq, its oil-rich southern neighbor, Turkey lacks easily exploitable oil deposits, and if large-scale drilling begins in Hakkari, it could be one of the first times that Turkey's swelling demand for petrol would be met by domestic production.