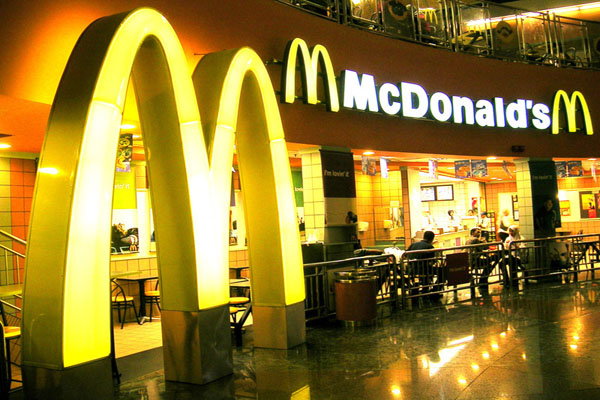 The fast-food chain, the world's largest by revenue, has struggled for more than a year to significantly increase those monthly sales, hindered by slack demand and intense competition for the business of budget-conscious diners. November's biggest disappointment came from the United States, where monthly sales at restaurants open at least 13 months fell 0.8 percent, versus the 0.3 percent gain expected, on average, by 14 analysts polled by Consensus Metrix. "McDonald's U.S. trends imply a rare period of share losses," RBC Capital Markets analyst David Palmer said in a client note. Wall Street initially expected the chain's fortunes to turn this past spring because its results would be compared with weak monthly numbers starting in the spring of 2012. But McDonald's executives recently signaled that weakness would continue in the fourth quarter amid stiff competition and halting global economic growth. Chief Executive Don Thompson, at the helm of McDonald's for more than a year, has switched top management and shaken up menus to boost sales and profits. Still, analysts say the chain appears to be losing out to rivals at all meal times except breakfast - where it has long been a leader. Some analysts worry that the company's woes are the result of poor execution rather than external factors. In particular, they say, new menu items such as lattes, smoothies, salads and wraps have slowed McDonald's service in a business where hyper-competitive drive-thru times are measured in the seconds.

McDonald's latest move was to switch its value-oriented "Dollar Menu" to the "Dollar Menu & More" with slightly higher price points. U.S. diners' response to that should show up in the December sales results.

McDonald's may have to boost promotions to improve sales, he said.

McDonald's, which has roughly seven times the sales of Wendy's Co (WEN.O) and Burger King Worldwide Inc (BKW.N) combined, has been slower than those rivals to tempt diners with limited-time specials and promotions.

Same-restaurant sales in Europe, which just edges out the United States as the top generator of revenue, rose a higher-than-expected 1.9 percent, with weakness in Germany more than offset by strength in the UK, France and Russia.

But declines in Japan weighed on comparable sales in the Asia Pacific, the Middle East and Africa region, which fell 2.3 percent. Analysts, on average, estimated a 0.7 percent decline. Sales in Japan have been weak for the past seven months.

Shares of the Oakbrook, Illinois-based company were down 1.1 percent $95.73 in midday trading.