The precise number of job cuts will be outlined on 9 June, but one source said the numbers were still being worked out 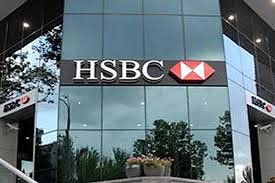 HSBC Holdings is expected to axe between 10,000 and 20,000 jobs across the globe as part of its cost-cutting initiative, as the bank is set to announce its strategies at an investor day next week.Sky News, citing sources, reported that Stuart Gulliver, HSBC's chief executive, will set out a revised target for headcount reductions that will be implemented by the end of 2017.The precise number of job cuts will be outlined on 9 June, but one source said the numbers were still being worked out and had yet to be finalised. Insiders told Sky News that the number could be between 10,000 and 20,000.The bank employed 258,000 people at the end of 2014.

The headcount reductions figure to be announced next week will likely exclude the potential impact of the sale of HSBC's operations in Brazil and Turkey, Sky News added.The Asia-focused lender earlier said: "It is exploring various strategic options for its operations in Brazil, including the potential sale thereof," as part of a plan by CEO Gulliver to offload underperforming assets. (international businnes time)