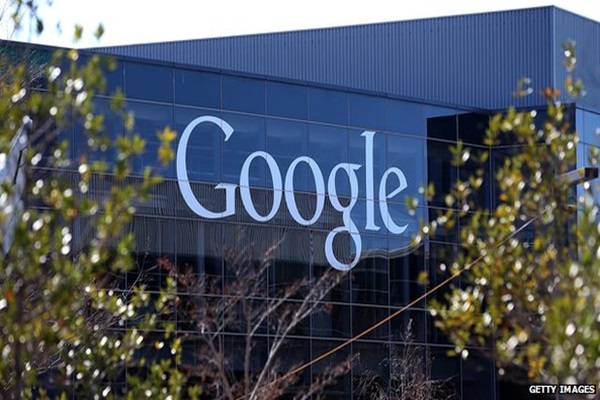 Shares in Google have dropped 5% despite the technology giant reporting a first-quarter profit rise of 3%. Profits were $3.45bn (£2.05bn), but investors are preoccupied by Google's inability to maintain advertising prices. A widely watched measure, the average "cost per click", was down 9% from a year earlier. Another weak spot highlighted in the report was the firm's discounted sale of Motorola Mobility to Lenovo. Google sold the smartphone maker to Lenovo in January for close to $3bn, after paying $12.5bn for the firm less than two years ago. Despite investors' reaction, Google's chief executive, Larry Page, was upbeat: "We completed another great quarter," he said in a statement.

"We got lots of product improvements done, especially on mobile. I'm also excited with progress on our emerging businesses."

However, Google continues to struggle with its ability to charge advertisers higher prices for mobile ads, which are increasingly important with more and more consumers accessing Google's browser through their smartphones. Advertisers have proven reluctant to pay as much for ads on mobile screens compared to Google's bread-and-butter desktop ads, which have been the main revenue generator at the firm. Rates for mobile ads can be half as much as on personal computers, according to Needham & Co analyst Kerry Rice. However, Google expects mobile ad prices to catch up with PCs eventually as it becomes easier for consumers to buy products using mobile devices, Google chief business officer Nikesh Arora said.

Google has greatly diversified its portfolio of products in recent years, speculatively branching out into phones, drones, Google Glass, and even thermostats and fire alarms, CNet technology analyst Larry Magid said. "Some of these crazy ideas need to become less crazy and more profitable," he told the BBC. "Their core business, what really brings in the money, that's beginning to get a little bit dodgy for them." Google's results were not the only ones to disappoint investors on Wednesday. Technology giant IBM reported its lowest quarterly revenue in five years. IBM attributed the drop in revenue, which went down 4% to $22.5bn, to weak hardware sales. Enterprise technology spending has shifted away from traditional computing giants as governments and corporations move towards online services, large-scale data analysis and IT security, FBR analyst Dan Ives said.