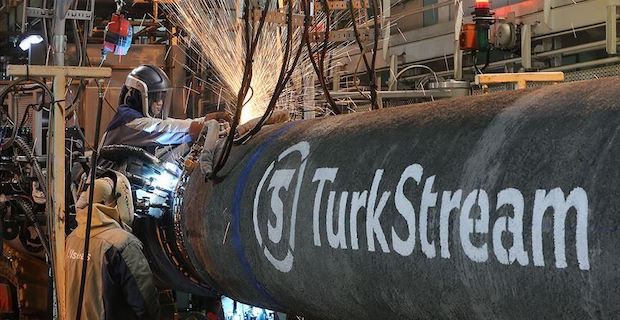 Russia's Gazprom expects to send its first gas through the TurkStream natural gas pipeline to Turkey by the end of December, Gazprom's deputy chairman Vitaly Markelov said late Tuesday. He confirmed that the sub-sea section to transport 31.5 billion cubic meters per year from Russia to Turkey and Russia's land section have been constructed while Turkey's onshore section is nearly 73% complete. The TurkStream project consists of two lines across the Black Sea, the first of which will serve Turkey with a capacity of 15.75 billion cubic meters, while the second line is planned to serve Europe. Each pipeline is 930 kilometers in length, and lays at depths of up to 2,200 meters. The project is the biggest-diameter offshore gas pipeline in the world laid at such depths. The deep-sea pipelaying was carried out by Pioneering Spirit, the world's biggest construction vessel.

Keywords:
TurkStreamGazprom
Your comment has been forwarded to the administrator for approval.×
Warning! Will constitute a criminal offense, illegal, threatening, offensive, insulting and swearing, derogatory, defamatory, vulgar, pornographic, indecent, personality rights, damaging or similar nature in the nature of all kinds of financial content, legal, criminal and administrative responsibility for the content of the sender member / members are belong.
Related News