British Airways has cancelled 78 flights scheduled at Heathrow Airport today, four of them due to continued high levels of staff absence. 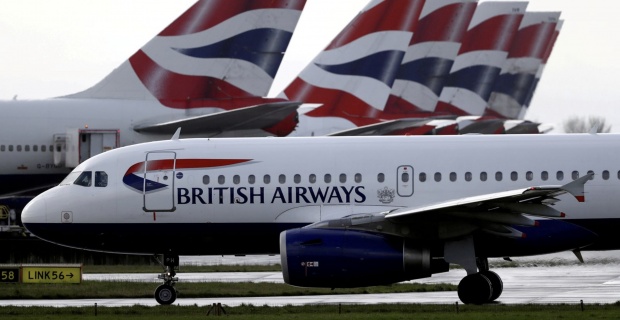 The airline had previously given notice it was axing many of the flights following a decision to reduce its schedule until the end of May. EasyJet has cancelled about 30 flights at Gatwick Airport on Wednesday. Passengers have faced disruption ahead of Easter, the first holiday since the end of Covid travel restrictions.

BA withdrew six flights at the last minute on Tuesday, as a result of Covid absences. On Monday, it cancelled 62 flights, 12 of them at the last minute. Thousands of holidaymakers have seen their Easter getaways delayed or cancelled because airlines and airports do not have enough staff to meet the recovery in demand. Covid-related absences are compounding staff shortages at airports and airlines and the industry is struggling to recruit staff after thousands of jobs were lost and many workers left the during the pandemic. It's led to long delays at security and check-in at some airports, with travellers complaining of "chaos". EasyJet has said its staff absences were double their normal levels due to Covid. The airline said the main routes affected by cancellations were to Amsterdam, Krakow, Bologna and Berlin.

Keywords:
Flight CancellationsStaff ShortagesBritish AirwaysHeathrow AirportEasyJetEaster Holiday
Your comment has been forwarded to the administrator for approval.×
Warning! Will constitute a criminal offense, illegal, threatening, offensive, insulting and swearing, derogatory, defamatory, vulgar, pornographic, indecent, personality rights, damaging or similar nature in the nature of all kinds of financial content, legal, criminal and administrative responsibility for the content of the sender member / members are belong.
Related News