Business Plan to support London’s recovery from the pandemic

TfL publishes new draft Business Plan to support London’s recovery from the pandemic and progress towards building a better, greener and fairer city for all 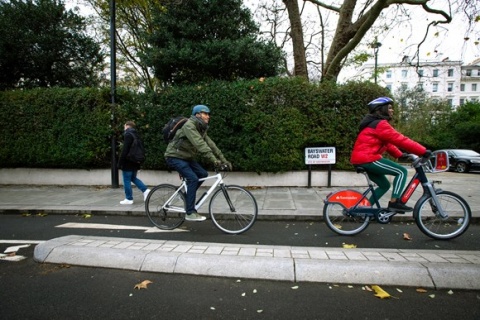 Plan outlines how TfL will achieve operational financial sustainability by 2023/24, rebuilding its finances and delivering vital improvements with £8.1bn invested in London’s road and rail networks, including restarting the Healthy Streets programme.Plan will deliver London-wide Ultra Low Emission Zone on 29 August 2023, supported by a £110m scrappage scheme and complemented by new bus services and improvements as part of an expansion of the network in outer London.Government capital investment beyond 2023/24 essential to support long-term investments, particularly on new rolling stock, signalling programmes, and network extensions. Transport for London (TfL) has published its latest Business Plan, which sets out how it will support London’s economic recovery and become the green heartbeat of London whilst achieving operational financial sustainability by 2023/24. It charts how, across the next three and a half years, TfL will play a key role in improving air quality and tackling the climate emergency, encouraging walking and cycling as well as investing in public transport.

Across the plan, £8.1bn will be invested in London’s road and rail network, as well as funding to boroughs provided for investment in their streets. The total investment in safe and active travel, across both operating and capital expenditure, will average £150m per year across the Business Plan. This will allow further delivery of the capital’s strategic cycle routes, as well as the delivery of new cycleways and safer junctions to make London’s major roads safer and more attractive for those walking and cycling. 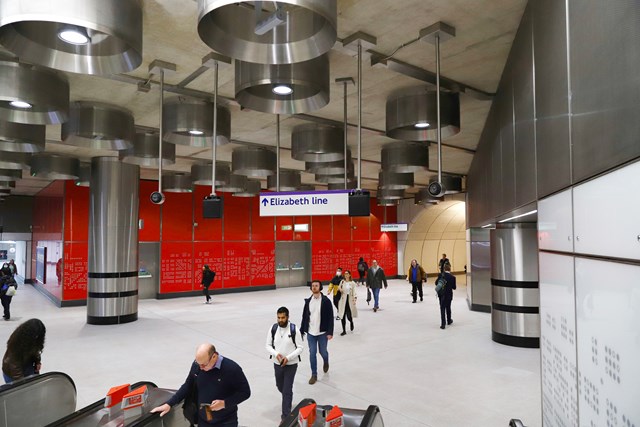 The plan will see the delivery of the London-wide Ultra Low Emission Zone to further tackle the triple challenges of air pollution, the climate emergency and congestion, and to ensure five million more Londoners can breathe cleaner air. From Tuesday 29 August 2023, the zone will operate across all London boroughs, up to the existing Low Emission Zone boundary. The expansion will be supported by a £110m scrappage scheme to support certain Londoners on lower incomes, disabled Londoners, charities and micro businesses and sole traders and the bus network in outer London will be expanded.

Extreme weather events, including heatwaves, flooding and severe storms, show that climate change is already impacting London. The plan will see TfL become the ‘green heartbeat’ for London, supporting the Mayor’s ambition for a net zero-carbon city by 2030. Additional funding has been allocated to embed action on environment in TfL’s work, including to cut and adapt to the impacts of climate change on London’s public transport network. The plan also keeps the pathway open to London’s bus fleet being zero emission by 2030.

London continues to recover from the pandemic, and with funding arrangements in place with the Government and the Greater London Authority, TfL now has financial certainty into 2024. Since restrictions were lifted on public transport in early 2022, ridership on Tube, bus and rail services has increased and is now at around 80 per cent, across a weekly average, compared to that seen before the pandemic. Weekend ridership levels on Tube and bus increasingly edge towards those seen pre-pandemic, and TfL is now working hard and creatively to rebuild ridership.

A key part of encouraging customers back will be TfL investing in its infrastructure to keep services safe, clean and reliable, as well as delivering a range of improvements to London’s Tube, bus and rail network. This includes investment in the development of new trains to replace the ageing Piccadilly line fleet and a new fleet for the Docklands Light Railway. New signalling on the Circle line has now been delivered, and TfL will now complete the remainder of the Four Lines Modernisation programme – delivering more frequent, reliable and faster journeys to the District, Hammersmith & City and Metropolitan lines. The project to modernise and expand Bank station will also be completed, transforming customer journeys at the heart of the city.

The plan prioritises projects that will be financially viable within three to five years, and includes energy efficiency projects, which will further reduce TfL’s operating costs and contribute to meeting London’s environmental goals. TfL will also continue the work of becoming a simpler and even more effective organisation, a more diverse and inclusive organisation and one that invests in staff welfare and facilities to ensure it remains an attractive place to work.

Investing in new trains and signalling will create jobs and investment across the UK and help to grow the wider UK economy. To do this, long-term certainty on Government funding is needed past the current funding agreement to April 2024. Like every other major transport authority around the world, TfL will need ongoing Government support for capital investment and throughout previous discussions with Government, it has consistently been recognised that TfL is not expected to fund major capital enhancements from its own operating incomes.  Discussions on shared priorities for future capital investment between TfL and the Government have already commenced.

The Mayor of London, Sadiq Khan, said: “The past two years have been the most challenging in TfL’s history and the pandemic’s impact on TfL’s finances was devastating. But, following tough negotiations and my commitment to prioritise funding for London's vital public transport, TfL is on track for financial stability, ridership across the network is increasing and there have been major improvements to the capital’s public transport network.

“This year we’ve seen the opening of the transformational Elizabeth line, the extension of the Overground to Barking Riverside, the completion of important upgrades to the Northern line, and I’ve unlocked additional funding to save bus services that were under threat as well as expanding the bus network in outer London. London’s transport workers continue to play an essential and much-valued role in keeping our city’s transport network safe and operating, and this is why I took the unprecedented action to support London’s lowest-paid transport workers by removing the cost of using public transport.

“It is clear there are many challenges ahead, but TfL’s Business Plan sets out how London’s world-class public transport network will continue to contribute to a better, greener and fairer city for all Londoners.”

London’s Transport Commissioner, Andy Lord, said: “The pressures of the pandemic and the financial crisis that it created put London and TfL under greater pressure than at any point in the past two decades. Now London is emerging from the pandemic, and we have funding certainty into 2024, so we can once again look to the future with optimism.

“This plan shows how we will work to achieve our vision of being the green heartbeat of London, and how we will continue on the path to financial sustainability whilst delivering real and vital improvements for the city. It will deliver new trains for the DLR and the Piccadilly line, new cycleways, the new Thames crossing at Silvertown, safer junctions, an expanded Ultra Low Emission Zone and a new expansion of the bus network in outer London to support growth.

“With improvements like the Elizabeth line, the Overground extension to Barking Riverside and the extension of the Northern line to Battersea, we have shown the power of transport investment. With continued Government capital investment from April 2024 we can continue to support our city and make it an even better, greener, safer and more successful place. This work is crucial to the economy of London, and will benefit the UK as a whole.”

While good progress is being made with TfL’s savings target, having delivered £400m of the £730m recurring savings target set in 2019, the pressures of managing inflation and the requirements of the most recent funding agreement mean that further efficiencies are needed. Therefore, in this Business Plan, the savings target is increasing to a total of £1bn recurring savings, meaning a further £600m per year needs to be delivered by 2025/26. This will be delivered through a focus on improving efficiencies, driving improvements where possible for TfL colleagues, and an approach to continuous savings, including working together with TfL’s supply chain to make further efficiencies.

Keywords:
Business PlanPandemicSupport Londons RecoveryGreenerFairer City
Your comment has been forwarded to the administrator for approval.×
Warning! Will constitute a criminal offense, illegal, threatening, offensive, insulting and swearing, derogatory, defamatory, vulgar, pornographic, indecent, personality rights, damaging or similar nature in the nature of all kinds of financial content, legal, criminal and administrative responsibility for the content of the sender member / members are belong.
Related News