UK firms have been hit by "increased costs, paperwork and border delays" as a result of Brexit, MPs have said. 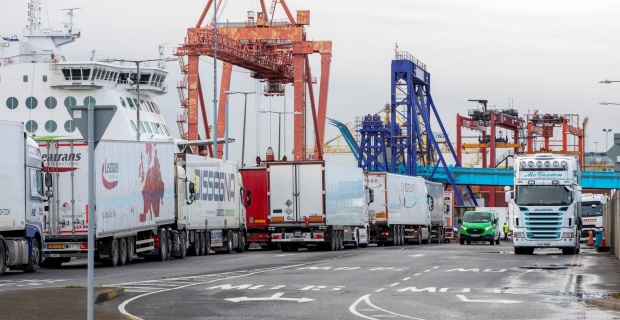 A report from parliament's spending watchdog, the Public Accounts Committee (PAC), said it "was clear" that leaving the EU was having an impact on UK trade volumes. It also warned things could worsen this year as new import controls come in. The government said it continued to ensure businesses "got the support they need to trade effectively with Europe".

"One of the great promises of Brexit was freeing British businesses to give them the headroom to maximise their productivity and contribution to the economy - even more desperately needed now on the long road to recovery from the pandemic," said PAC chair Meg Hillier.  "Yet the only detectable impact so far is increased costs, paperwork and border delays."

While it was hard to disentangle the impact of Brexit from the effects of Covid and wider global problems it was "clear that EU exit has had an impact" on UK trade volumes, the committee said. The report comes as Jacob Rees-Mogg has been appointed minister for Brexit opportunities as part of a cabinet reshuffle. The prominent Leave campaigner will look at which EU rules may be scrapped now the UK has left the bloc. In its report, the Public Accounts Committee (PAC) said it was concerned about what will happen when passenger traffic across the UK border returns to normal levels as the pandemic subsides.  And it described government plans to create the most effective border in the world by 2025 as "optimistic, given where things stand today".

Mary Quicke, an artisan cheesemaker based in Devon said the committee's findings tallied with her experiences. "There are just all of these barriers to doing what used to be really, really simple which was agreeing to make a sale and then calling the haulier and off it went and you got paid," she told Radio 5 Live. She says she hasn't yet seen the new opportunities she hoped for after Brexit. And she worries that clients in the EU will stop taking her products if the problems continue. "Of course they want our cheese, but how long do you carry on doing something you want when it's really tedious and costly and you get charged much more money?" The report says trade volumes have been suppressed by the impact of Covid-19, and wider global pressures in supply chains, since the UK left the EU customs union and single market.  But it is clear, the report adds, that leaving the EU also had an impact by increasing the bureaucratic burden on businesses.