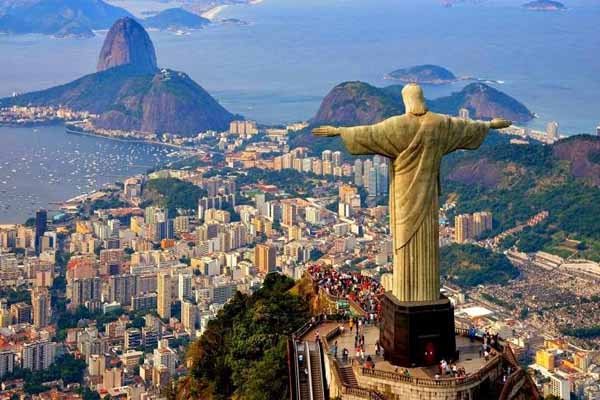 Industrial production in Brazil dropped sharply in June, marking the worst year-on-year reduction witnessed since 2009, the country's statistics authority IBGE reported Friday. The 1.4 percent drop in output between May and June represents a 6.9 percent reduction in production year-on-year. However, the result is slightly better than market predictions of a fall of between two and three percent. It is also the fourth time the output has fallen in as many months. Production of vehicles dropped for a fourth consecutive time, falling 12 percent between May and June. When compared to June 2013, production in the sector fell 36.3 percent, the worst drop since December 2008. The worst performing area was electronic and optical equipment, which saw a reduction in output of 29.6 percent in May. A cooling in demand both at home -- where higher interest rates and inflation are having a serious impact -- and from neighboring Argentina accounts for part of this reduction in industrial output, market analysts say. Argentina is a major export market for Brazil and the biggest in terms of demand for vehicles manufactured by Brazilian companies. The country was declared to have defaulted on its debts earlier this week and could be sliding into recession. Andre Luiz Macedo, head of the IBGE's department of industry, said the country's hosting of the 2014 FIFA World Cup was also to blame. "The magnitude of this drop has an important relationship with the reduced number of days worked in June. Obviously the World Cup is related to these factors," Macedo was quoted by the Valor Economico business daily as saying. Shortened work days and public holidays decreed on World Cup match days to reduce traffic and impact on public transport to help football fans get about the city were widely predicted to affect industry in June and July.
Confidence within industry leaders is also reported to be at an all-time low.
The news is a further blow to President Dilma Rousseff, who is vying for a second term in office in the country's general elections in October. Recent polls have shown that although she is likely to win the first round of voting on October 5, a runoff on October 26 is currently too close to call.
The Brazilian government also recently cut its forecast for the country's economic expansion in 2014, from 2.5 percent to 1.8 percent. Others are less optimistic: the IMF says the Brazilian economy is set to grow just 1.3 percent this year, and the Brazilian central bank's weekly survey of market analysts currently predicts a growth of just 0.9 percent.