The government and business will herald a "landmark moment" in improving the North West's rail connections on Monday when the bill to extend HS2 to Manchester is laid in Parliament. 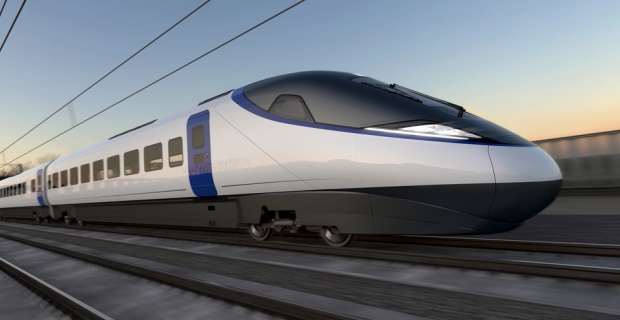 Phase 2b of the high-speed line will cut journey times by 55 minutes from London to Manchester, ministers say.  The bill laid on Monday seeks powers to lay new track and build new stations.  Work is under way on phase one of HS2 between London and Birmingham. It is set to open between 2029 and 2033. The next section will extend the line to Crewe, with the final phase taking HS2 to Manchester - with that part of the line expected to open between 2035 and 2040.  Transport Secretary Grant Shapps said: "We are determined to improve transport connections and level up communities across the country, and this bill marks a landmark moment as we bring HS2 to Manchester and lay the foundations for Northern Powerhouse Rail."

HS2 Ltd, the organisation delivering the railway, said phase 2b would deliver "significant connectivity, reliability and journey time benefits" for passengers travelling between Scotland, the North, the Midlands and the South East.  Among other things, the 52-mile route includes new high-speed stations at Manchester Airport and Manchester Piccadilly.  It will also provide the infrastructure required for Northern Powerhouse Rail - a new high-speed line between Warrington, Manchester and Marsden in Yorkshire  Some 17,500 construction jobs are expected to be created, HS2 limited said.

Keywords:
HS2Manchester
Your comment has been forwarded to the administrator for approval.×
Warning! Will constitute a criminal offense, illegal, threatening, offensive, insulting and swearing, derogatory, defamatory, vulgar, pornographic, indecent, personality rights, damaging or similar nature in the nature of all kinds of financial content, legal, criminal and administrative responsibility for the content of the sender member / members are belong.
Related News