Business Network, who promotes the economic and social development between the UK and Turkey 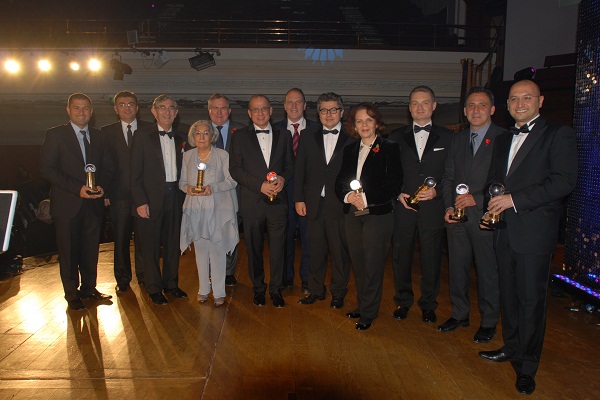 Business Network, a Business Association which promotes the economic and social development between the United Kingdom and Turkey annually organises ‘The Most Successful Turk Awards Ceremony’ in the UK, with the purpose of recognising  success, innovation and ethics.

The third award ceremony was held in Westminster, Central London last night at the historical venue, Methodist Central Hall , which was opened in 1912. The incredible site is located just  minutes away from the Houses of Parliament, the Elizabeth Tower and  Westminster Abbey .

This year, Business Network were honored to host almost 800 guests. Among them, from Turkey; Award-Winning novelist Elif Shafak and producer of CNN Turk 5N 1K Cuneyt Ozdemir. From Britain, Simon Hughes, Robert Walker, Nick de Bois and David Burrowes from the House of Commons, Deputy Head of UK-Turkish group Lord Rogan, dozens of Lord’s, over 60 Embassy representatives and Trade Commissioners from the United States of America, Ghana, China, France and the Russian Federation.

At the event was a large media presence, featuring the writers and correspondents  from the BBC, Financial Times, Avrupa Gazete, Anatolia News Agency, the Daily Zaman, Argus Media and the Oxford Business Group. The Ceremony also hosted representatives of the Vodafone Group, Tesco, Sainsbury’s, RBS, HSBC, Lyca Mobile to name a few.

• Best Turkish Investor to the UK: presented to BEKO by Simon Hughes (MP)

• Most Successful Company: presented to Hawes and Curtis by Lord Rogan (House of Lords)

• Most Successful Entrepreneur: Presented to Semih Serdar Aslan by Kit Malthouse (The Deputy Mayor of London for Business and Enterprise)

• Most Supportive British Person: awarded  to Jim O'Neill by Mehmet Öğütçü (President of Business Network Advisory Board and Chairman of the Global Resources Cooperation)

• Most Successful Businessman: Presented to Mehmet Kocakerim by Robert Walter (MP and Vice-Chairman of the All Party Parliamentary Group for Turkey)