The mother of zoo-keeper Rosa King, who died after a tiger entered an enclosure at a Cambridgeshire wildlife park, said her daughter was dedicated to her job and it's what she had always loved. 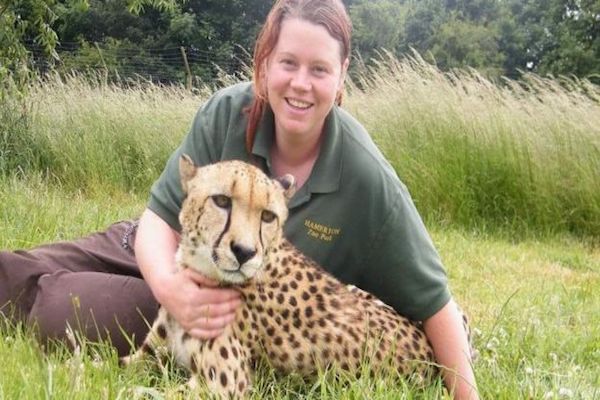 Her mother Andrea King paid tribute saying "she wouldn't have done anything else, it's what she has always done". The tiger that killed her has not been put down and was unharmed, police said. The zoo described the keeper's death as a freak accident, and police said it was not suspicious. Miss King's friend Garry Chisholm, a wildlife photographer in his spare time, said she was the "focal point" and "shining light" of the wildlife park. Mr Chisholm, 59, of Irchester, Northamptonshire, said the wildlife park revolved around the zoo-keeper. "Rosa wasn't just a keeper at Hamerton Zoo - she was Hamerton Zoo," he said. "She was the absolute central point of it, the focal point of it. She was the shining light of it. "Her passion for the animals in her care was exceptional though her favourites were undoubtedly the cheetahs which she would refer to as her pride and joy. "She will be greatly missed, not just by me, but by everyone who came to know her. "The only consolation I can take from today's tragic events is that Rosa is now reunited with her beloved Ares the cheetah, and Blizzard and Ladybelle, her beloved tigers."