Zarif threatens 'all-out war' over any strikes on Iran 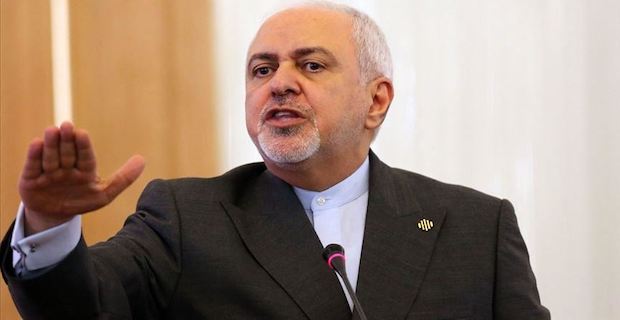 Iran's foreign minister has threatened "all-out war" in case of strikes against his country by the U.S. or Saudi Arabia.

The attacks have been claimed by Yemen's Houthi rebels, which are supported by Tehran.

Meanwhile, the U.S. is increasingly pointing the finger at Iran for the attacks, while Riyadh claimed Wednesday it has an evidence of Iran’s involvement.

However, Zarif did not provide solid evidence that the Houthis carried out the attack.

"I know that we didn't do it. I know that the Houthis made a statement that they did it," he told CNN.

Zarif stressed that Iran is not seeking a military conflict but that "all-out war" would be Iran's reaction to any military strike by the U.S. or Saudi Arabia.

Keywords:
Iran Foreign MinisterJavad Zarif
Your comment has been forwarded to the administrator for approval.×
Warning! Will constitute a criminal offense, illegal, threatening, offensive, insulting and swearing, derogatory, defamatory, vulgar, pornographic, indecent, personality rights, damaging or similar nature in the nature of all kinds of financial content, legal, criminal and administrative responsibility for the content of the sender member / members are belong.
Related News