US to discuss arming Syrian rebels

The official, who spoke on the condition of anonymity, said the question of whether to arm rebels is on the agenda of White House meetings 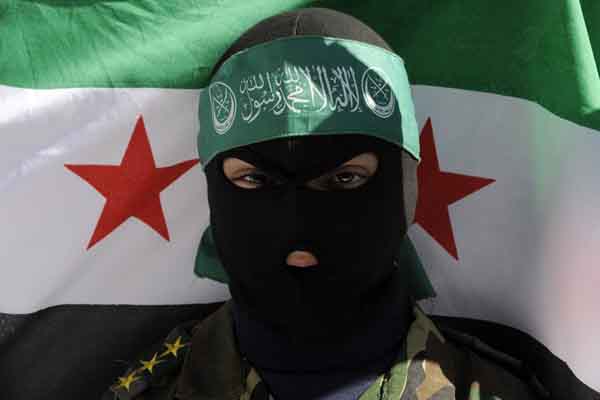 The United States could make a decision as early as this week on whether to arm Syrian rebels, a U.S. official said on Monday. The official, who spoke on the condition of anonymity, said the question of whether to arm rebels is on the agenda of White House meetings during the early part of this week. The possible move by the United States to arm the rebels who are fighting President Bashar al-Assad's government forces, was first reported by the Associated Press late on Sunday. Separately, an Obama administration source said that U.S. Secretary of State John Kerry has put off his planned trip to the Middle East in order to attend the meetings in Washington. The renewed focus comes two years into the uprising against al-Assad that has sparked civil war and seen at least 80,000 people killed.

Assad and whose family has ruled Syria for more than four decades, is backed by Iran and Lebanon's Hezbollah.

There are increasing concerns that Assad may be gaining the upper hand in the conflict as forces loyal to the government recently captured the key town of Qusair.

The United States and other governments are also weighing evidence that Assad's forces may have used chemical weapons, something U.S. President Barack Obama has said would cross a "red line."