Turkish president sets off for Syria summit in Sochi 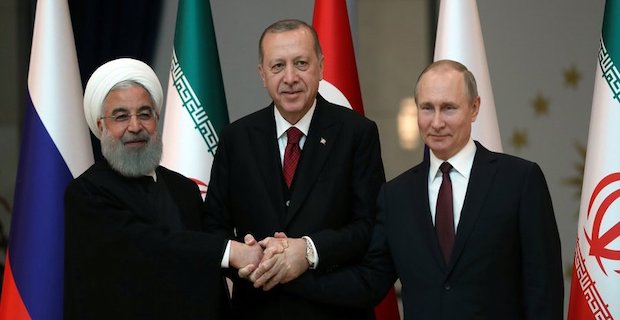 Turkish President Recep Tayyip Erdogan headed to Russia's coastal city of Sochi on Thursday to attend a fourth trilateral summit on Syria with his Russian and Iranian counterparts.

Erdogan, Vladimir Putin and Hassan Rouhani will meet to discuss the joint efforts, conducted on the ground and within the political process by the Astana platform to find a lasting solution to the Syrian conflict. 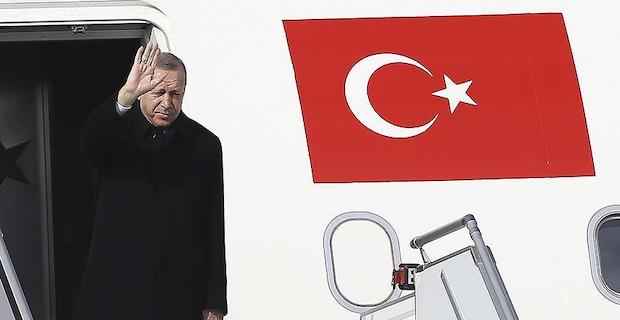 On the sidelines of the summit, Erdogan will also address regional issues and bilateral relations during his bilateral meetings with Russian and Iranian counterparts.

Turkey, Russia and Iran are guarantor countries which brokered a cease-fire in Syria in December 2016, leading to the Astana talks, which are running parallel to the Geneva talks.

Syria has been locked in a vicious civil war since early 2011, when the Assad regime cracked down on protesters with unexpected ferocity.

Keywords:
Recep Tayyip ErdoganVladimir PutinTurkish President
Your comment has been forwarded to the administrator for approval.×
Warning! Will constitute a criminal offense, illegal, threatening, offensive, insulting and swearing, derogatory, defamatory, vulgar, pornographic, indecent, personality rights, damaging or similar nature in the nature of all kinds of financial content, legal, criminal and administrative responsibility for the content of the sender member / members are belong.
Related News