Tens of thousands of people filled London’s central Trafalgar Square on Tuesday to protest the state visit to the U.K. by U.S. President Donald Trump. The groups have gathered from the early hours before the president was due a visit to Prime Minister Theresa May at Dawning Street. Trump arrived at the government offices under heavy police presence as protesters were kept well away from his convoy. Thousands of protesters carrying anti-Trump banners, placards and posters later on walked on to the entrance of 10 Dawning Street, however, they failed to reach it due to a strict police cordon around it. 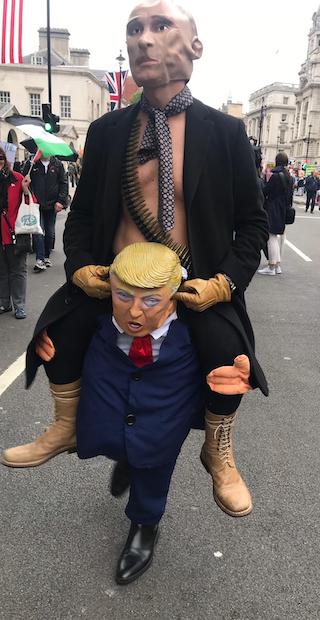 The entrance to Whitehall was closed by police vans, horses and metal barriers as more people also gathered in the Parliament Square. A 20-foot baby Trump blimp was inflated and floated in the square in a location where Trump’s armored vehicle had to pass to arrive for the meeting with May. The protests are expected to continue all day with more people joining them. Labour Party leader and some other politicians are expected to join the protest at the Parliament Square Monday afternoon. Trump and May to speak at a joint news conference after their meeting where they will speak about the future trade partnership between the U.K. and the U.S. in the afternoon. 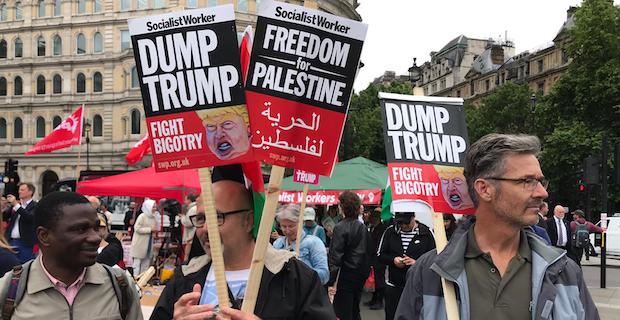 The U.S. president started his 3-day long state visit on Monday. He was officially welcomed by the Queen at the Buckingham Palace and he met the members of the Royal family in a state banquet in the evening. He is expected to have dinner with Prince Charles following his meetings on Tuesday. Trump’s visit will continue tomorrow as he will attend the D-Day commemorations in Portsmouth to mark the 75th anniversary of the end of World War II. He is expected to leave the U.K. on Wednesday to go to France for further D-Day events. 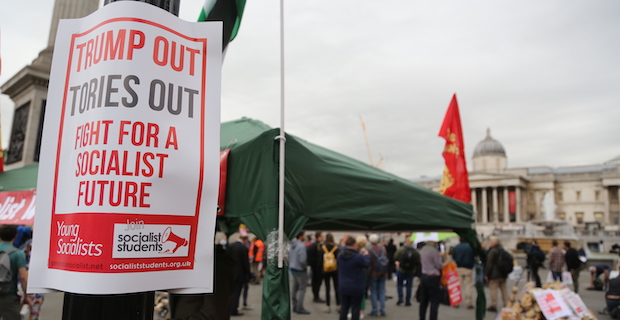 Keywords:
London ProtestDonald Trump Protest LondonDonald TrumpTrump
Your comment has been forwarded to the administrator for approval.×
Warning! Will constitute a criminal offense, illegal, threatening, offensive, insulting and swearing, derogatory, defamatory, vulgar, pornographic, indecent, personality rights, damaging or similar nature in the nature of all kinds of financial content, legal, criminal and administrative responsibility for the content of the sender member / members are belong.
Related News