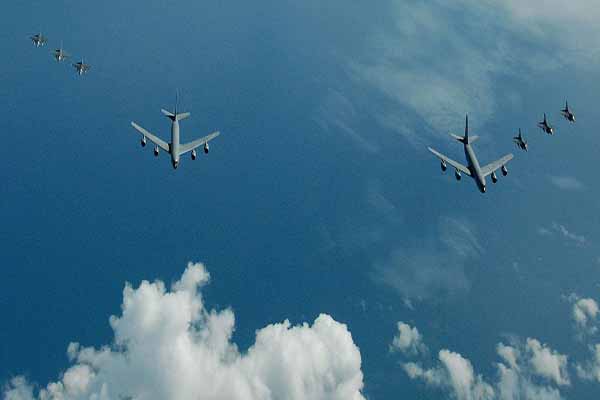 Western powers could attack Syria within days, envoys from the United States and its allies told rebels fighting President Bashar al-Assad, sources who attended the meeting told Reuters on Tuesday. U.S. forces in the region are "ready to go", Defense Secretary Chuck Hagel said, as Washington and its European and Middle Eastern partners honed plans to punish Assad for a major poison gas attack last week that killed hundreds of civilians. Several sources who attended a meeting in Istanbul on Monday between Syrian opposition leaders and diplomats from Washington and other governments told Reuters that the rebels were told to expect military action and to get ready to negotiate a peace.

"The opposition was told in clear terms that action to deter further use of chemical weapons by the Assad regime could come as early as in the next few days, and that they should still prepare for peace talks at Geneva," one of the sources said.

Ahmad Jarba, president of the Syrian National Coalition, met envoys from 11 states in the Friends of Syria group, including Robert Ford, the U.S. ambassador to Syria, at an Istanbul hotel.

United Nations chemical weapons investigators, who finally crossed the frontline to take samples on Monday, put off a second trip to rebel-held suburbs of Damascus. But Washington said it already held Assad responsible for a "moral obscenity" and President Barack Obama would hold him to account for it.

However, with Russian and Chinese opposition complicating efforts to satisfy international law - and Western voters wary of new, far-off wars - Western leaders may not pull the trigger just yet. British Prime Minister David Cameron called parliament back from its summer recess for a session on Syria on Thursday.

He and Obama, as well as French President Francois Hollande, face tough questions about how an intervention, likely to be limited to air strikes, will end - and whether they risk handing power to anti-Western Islamist rebels if Assad is overthrown.

In an indication of support from Arab states that may help Western powers argue the case for war against U.N. vetoes from Moscow and Beijing, the Arab League issued a statement holding Assad's government fully responsible for the chemical attack.

Asked if U.S. forces were ready to strike Syria just "like that", Hagel told the BBC: "We are ready to go, like that."

"We have moved assets in place to be able to fulfil and comply with whatever option the president wishes to take."

Top generals from the United States and European and Middle Eastern allies met in Jordan for what could be a council of war.

Hagel said the United States would have intelligence to present "very shortly" about last week's mass poisoning. But he noted after calls with his British and French counterparts that there was little doubt among U.S. allies that "the most base ... international humanitarian standard was violated".

Turkey, Syria's neighbour and part of the U.S.-led NATO military pact, called it a "crime against humanity" that demanded international reaction.