A former leading federal prosecutor in New York has revealed he was sacked by Donald Trump after receiving several unusual phone calls from him. 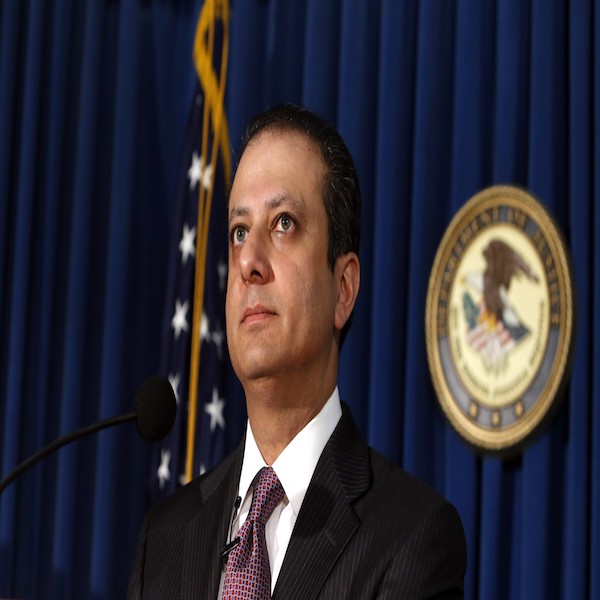 Mr Bharara said he had been fired after refusing to take a third call. The White House did not immediately respond to Mr Bharara's comments. Obama appointee Mr Bharara, who served as the top federal prosecutor in Manhattan, said it appeared Mr Trump had been trying to "cultivate some kind of relationship" after they met in late 2016. But he said he felt this was "inappropriate" after Mr Trump took office. "The number of times that President Obama called me in seven and a half years was zero," he said. "The number of times I would have been expected to be called by the president of the United States would be zero because there has to be some kind of arm's-length relationship given the jurisdiction that various people had." The interview came days after testimony before the US Senate from James Comey, the former head of the FBI fired by Mr Trump in May, who said Mr Trump had asked for assurances that he would be loyal at a dinner just after his inauguration. The president has flatly denied this and branded Mr Comey - a friend and former colleague of Mr Bhahara - as "very cowardly" for leaking private conversations.