Electrical short-circuit suspected to be cause of fire 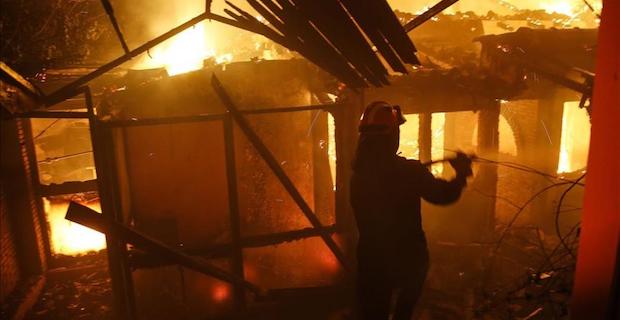 Four people were killed and 16 injured in a fire at a care home for elderly people in Moscow, the Russian Emergency Ministry said on Thursday. A total of 65 people were in the building when the fire broke out, provoked, according to preliminary reports. An electrical short-circuit is the suspected cause of the incident, the ministry said in a statement. At least 16 people were hospitalized following the incident, with injuries of different levels of severity, it said. A criminal case has been launched into the incident.

Keywords:
RussiaCare Home
Your comment has been forwarded to the administrator for approval.×
Warning! Will constitute a criminal offense, illegal, threatening, offensive, insulting and swearing, derogatory, defamatory, vulgar, pornographic, indecent, personality rights, damaging or similar nature in the nature of all kinds of financial content, legal, criminal and administrative responsibility for the content of the sender member / members are belong.
Related News