32 people protesting a summit meeting of the Group of 8 in Northern Ireland next week. 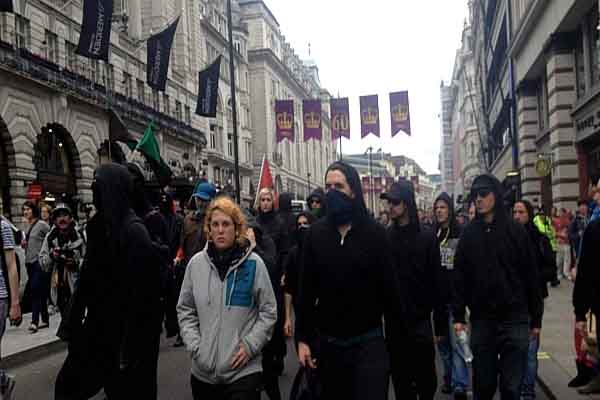 London police detained the protesters as they attempted to occupy a building in the entertainment district Soho as sporadic clashes occurred between police and the demonstrators around the Piccadilly Square. Approximately 200 people gathered in the square at 5.30 pm local time, and police took extra security measures.  The eight most powerful economies of the world -- Canada, France, Germany, Italy, Japan, Russia, United Kingdom (UK), and the US -- will gather in the summit meeting on 17 and 18 June in Enniskillen City in Northern Ireland. Protests against the G-8 are expected to continue for at least a week in Britain.