Over 285 kg of heroin seized in eastern Turkey 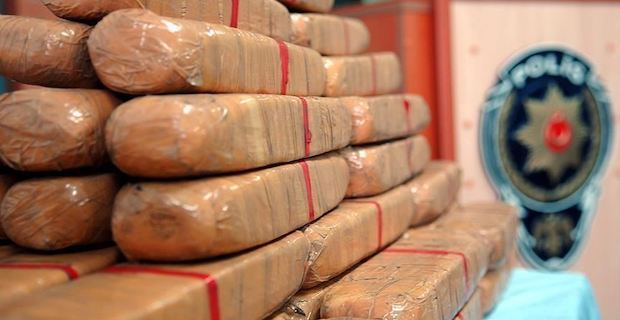 Acting on a tip off, anti-narcotic police teams carried out an operation at a cargo company in Tusba district and found 269 kg of heroin (593 pounds) in 515 packages hidden in toy boxes.

Later, special police force carried out another operation in order to catch the suspects.

Six suspect were arrested during the operation in a house in Akkopru neighborhood, where police teams also seized 16.6 kg of heroin (36.5 pounds) stuffed in 32 packages hidden in nutmeat.

After the operation, two suspects were released under judicial control, while the remaining were remanded in custody.

Keywords:
HeroinHeroin Turkey
Your comment has been forwarded to the administrator for approval.×
Warning! Will constitute a criminal offense, illegal, threatening, offensive, insulting and swearing, derogatory, defamatory, vulgar, pornographic, indecent, personality rights, damaging or similar nature in the nature of all kinds of financial content, legal, criminal and administrative responsibility for the content of the sender member / members are belong.
Related News