NSA is accused to spying on millions of "e-mails and calls" of people located in Brazil, O Globo newspaper reports 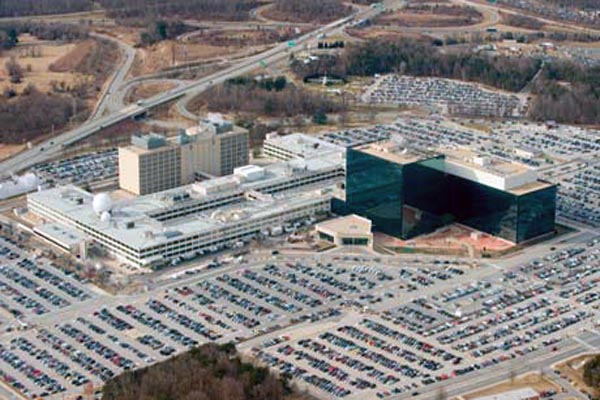 The United States’ National Security Agency, NSA, spied on "millions of calls and e-mails" belonging to people resident in, or in transit through, Brazil over the past decade, according to a document seen by O Globo newspaper. According to the Brazilian daily, information in the document was gathered by former NSA contractor Edward Snowden, currently on the run from the US authorities for leaking classified information about the NSA's data-gathering and surveillance activities. The fugitive whistleblower, who is still thought to be in the transit zone of Moscow's Sheremetyevo airport, has been offered asylum by three Latin American countries – Venezuela, Nicaragua and Bolivia. Most of the countries applied to, which includes Brazil, have rejected Snowden’s plea for asylum, mainly on the basis that the application was not made within that country's territory. The O Globo report does not relate precise details on the number of calls and e-mails allegedly intercepted by the NSA, which is said to involve both personal and company communications, but the figure is reported to be only “a little behind” that of domestic surveillance targets in January 2012 – which totaled 2.3 billion calls and messages.

The document reportedly shows significant numbers of communications being intercepted both entering and exiting the country, and show Brazil to be a "priority target" for the US security agency, alongside China, Russia, Iran and Pakistan – nations that perhaps would more predictably feature on a list of NSA surveillance operations.

The NSA has come under fire since revelations emerged in British daily Guardian in June this year over the existence of Prism, a program which grants the agency access to online and voice conversations through a number of Internet giants, including Facebook and Google.

However, it is reported a number of different operations have been set up to give the agency full access to global telecommunications networks. One of those – known as Fairview – is reported to have given access to online and telephone communications made by users in Brazil, although exactly which company acted as the "bridge" between the US and Latin America's largest country is not known.

Allegations ahead of rare state visit by Brazil leader to US

As of the time of writing, the Brazilian government has not yet responded to the allegations.

Relations between the US and Brazil have been steadily improving in recent years and Brazilian President Dilma Rousseff is set to travel to Washington D.C. later this year on an official state visit.

Rousseff has been to the US on a number of occasions as president, particularly for the annual tradition which sees the Brazilian leader open the United Nations’ General Assembly, but state visits are rare and this year’s will be the first in nearly twenty years.

Snowden, an American citizen from North Carolina, is responsible for one of the biggest leaks of classified information on the United States' domestic and international surveillance programs.

Operations by the NSA, which employs 35,200 employees and is known to have strategic partnerships with over 80 major global telecoms companies, were scaled up under former President George W. Bush after the terrorist attacks on New York and Washington D.C. on September 11, 2001.

This has now been reinforced again under the administration of incumbent US President Barack Obama, although the agency's budget has not been disclosed.