Group of the Progressive Alliance of Socialists & Democrats in the European Parliament says 'We stand with Kaftancioglu, leading opposition figure in Turkey, against unacceptable sentence of 9 years' 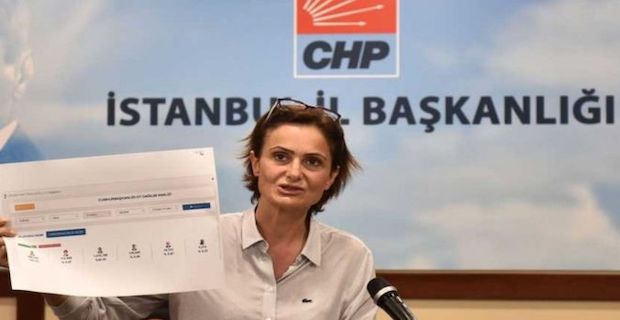 AVRUPA TIMES-Today an Istanbul court sentenced the main opposition CHP (Republican People's Party) Istanbul head Canan Kaftancioglu to 9 years and 8 months in prison on charges of “terrorist propaganda” and for “insulting the Turkish President and Turkey” on social media posts from 7 years ago. In addition, Turkey’s Minister of Interior threatened to replace Istanbul mayor Imamoglu, saying a statement will follow on Sunday.

"The price to pay for winning the elections in Istanbul is apparently 9 years in prison. Everyone knows that Canan Kaftancioglu is being punished for having run a successful campaign and securing the ballot boxes. The Turkish government is using the judiciary to punish its political opponents.

“The S&D Group strongly condemns the politically motivated sentence of our colleague Kaftancioglu.

“Since the elections, the government has been replacing elected mayors with any credible reasons, delivering a slap in the face of Turkey’s voters. If the threats against Istanbul’s mayor become a reality, this will have very serious consequences for EU-Turkey relations.

“The S&D Group stands behind you Canan Kaftancioglu! We will remain in solidarity with all those in Turkey who believe in the values of a liberal democracy and will continue to fight for the release of all political prisoners.”

Keywords:
TurkeyChp TurkeyIstanbul Mayor ImamogluTurkey’s Minister Of InteriorNegotiator On TurkeyEU-Turkey RTurkey’s VotersCanan Kaftancioglu
Your comment has been forwarded to the administrator for approval.×
Warning! Will constitute a criminal offense, illegal, threatening, offensive, insulting and swearing, derogatory, defamatory, vulgar, pornographic, indecent, personality rights, damaging or similar nature in the nature of all kinds of financial content, legal, criminal and administrative responsibility for the content of the sender member / members are belong.
Related News