cultural policy in 22 major cities around the world are to gather at a high profile summit in Istanbul, 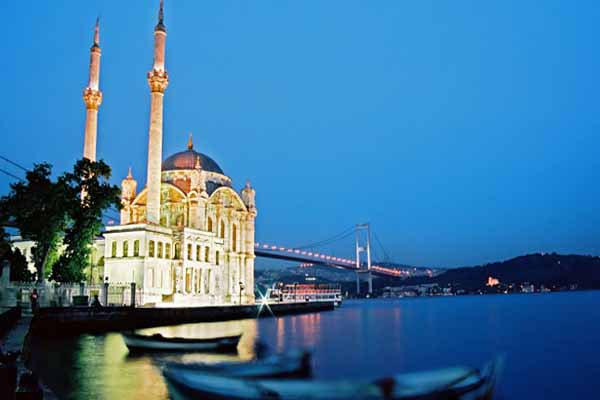 Policymakers gather at global forum to debate the central role of culture in the success of major cities, and the challenges ahead. Senior officials responsible for developing cultural policy in 22 major cities around the world are to gather at a high profile summit in Istanbul, where they will discuss the critical role that culture plays in city life, socially, economically and developmentally.

Istanbul, the largest city in Turkey and the country's economic, cultural and historical heart, is hosting the second World Cities Culture Summit from 13-15 November. It follows last year's inaugural meeting in London, organised under the auspices of the World Cities Culture Forum. Originally initiated by the Mayor of London, this group was founded by London, New York, Shanghai, Paris, Tokyo, Sydney, Johannesburg, and Istanbul, to highlight the critical contribution of culture to the economic and social success of world cities.

The first summit took place during the London 2012 Games, which featured a hugely successful cultural programme, and brought together senior figures from 12 cities. They argued that culture is now at the heart of public policy and that world cities are not just centres of political and economic influence and power, but are also cultural powerhouses, thanks to the dynamism, scale and diversity of the activities that take place in them.

With the number of participating cities almost doubled, the Istanbul meeting is seeking to develop the debate. This year's summit is entitled 'A new cultural agenda: how can world city leaders unleash the full potential of culture?'

Increasing globalisation, the impact of emerging economies and the ongoing effects of the economic downturn mean city leaders are looking to develop strategies that support the conditions in which artists and cultural production, as well as experiences, are able to thrive.

Over three days, the delegates will consider four main themes:

• Promotion and positioning on the world stage

With 22 cities involved in the forum an update to last year's World Cities Culture Report has been produced to coincide with the summit. Commissioned by the Mayor of London in partnership the other cities signed up to the forum, it has been produced by BOP Consulting and contains a wealth of new information and data. It encompasses, formal cultural activity, such as museums, galleries and concert halls, but also informal activity such as outdoors arts and festivals, and bars and restaurants.

• The World Cities Culture Report 2013 was commissioned by the Mayor of London in partnership with 18 of the cities featured in it and produced by BOP Consulting.

• Using 60 indicators, the World Cities Culture Report 2013 provides a robust evidence base the report aimed at helping world cities improve the quality of their cultural policies. Ranging from museums and concert halls, to bars, restaurants and festivals, it encompasses both formal and informal cultural activity.

• The 2013 report takes as its starting point a definition and framework for analysing culture that is recommended by UNESCO. The indicators cover cultural provision, consumption and participation across six themes: cultural heritage; literary culture; performing arts; film and games; human capital; and cultural vitality and diversity.

• The research was led by BOP Consulting. BOP Consulting is the UK's leading specialist consultancy in culture, creativity and public policy. It focuses on research, evaluation, strategy and planning in these areas, and has built up a strong reputation for producing pioneering and high-quality work. BOP is particularly skilled at translating research findings into useful policy recommendations.

• In recent years it has developed an international client base, working in China, South Africa, Latin America and Eastern Europe, and for bodies such as UNESCO, the European Commission and the Council of Europe.

• The London Cultural Strategy Group is a high-level body from the cultural sector whose role is to advise the Mayor on the promotion of London as a world-class city of culture and in shaping the development and provision of cultural activities across the capital. The LCSG's primary role is to develop the Mayor's Culture Strategy - maintaining and promoting London as a world-class city of culture. www.london.gov.uk/lcsg