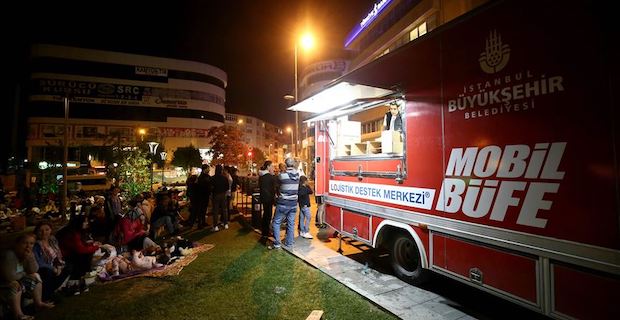 Twenty-four people injured in Thursday's 5.8-magnitude earthquake in Istanbul have been discharged from hospital, Turkey's vice president said Friday. Speaking at a meeting on a national disaster response plan in Istanbul, Fuat Oktay said that the treatment of 10 others is ongoing.

Some 188 aftershocks, the strongest of magnitude 4.1, were recorded, Oktay noted.

He added that 473 buildings in the city were damaged slightly with cracks appearing on the walls, he added.

The tremors did not cause any serious damage to infrastructure, he said.

Keywords:
EarthquakeIstanbul Quake
Your comment has been forwarded to the administrator for approval.×
Warning! Will constitute a criminal offense, illegal, threatening, offensive, insulting and swearing, derogatory, defamatory, vulgar, pornographic, indecent, personality rights, damaging or similar nature in the nature of all kinds of financial content, legal, criminal and administrative responsibility for the content of the sender member / members are belong.
Related News