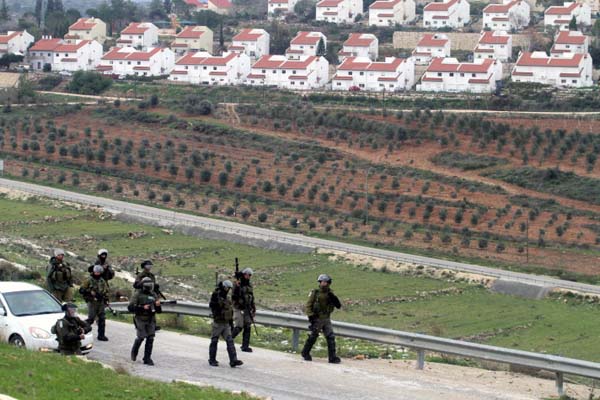 Prime Minister Benjamin Netanyahu ordered on Tuesday a reassessment of plans to build nearly 24,000 settler homes, saying he feared an international outcry that would divert attention from Israel's lobbying against a nuclear deal with Iran.

The right-wing Israeli leader announced the reversal in the face of stiff U.S. opposition to settlement expansion in the occupied West Bank and East Jerusalem, and Palestinian anger that threatens three-month-old peace talks brokered by Washington.

Obama administration officials on Tuesday came out against proposed Israeli plans to construct over 20,000 additional settlements in the occupied West Bank.

“We are deeply concerned by these latest reports that over 20,000 additional units are in the early planning stages.  We are currently seeking further explanation from the government of Israel.  Our position on settlements is quite clear:  We have always considered the settlements to be illegitimate,” said White House Spokesperson Bernadette Meehan.

State Department Spokesperson Jen Psaki echoed Meehan, saying, “Our position on settlements is quite clear; we do not accept the legitimacy of continued settlement activity. We've called on both sides to take steps to create a positive atmosphere for the negotiations,” during Tuesday’s press briefing.

Both Meehan and Psaki called on both sides to “take steps to create a positive atmosphere for the negotiations.”

“We do not consider settlement planning, even in its early stages, to be a step that creates a positive environment for the negotiations,” added Meehan.