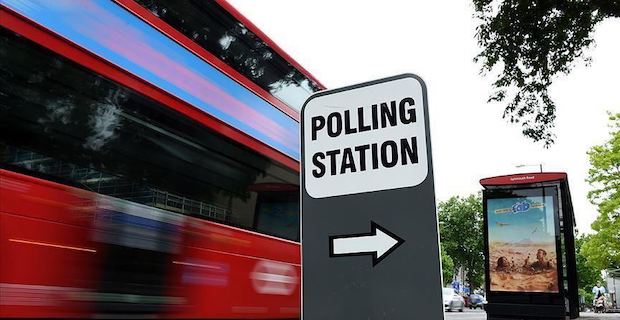 The U.K. general election race started with speculation that the centrist Liberal Democrats and right-wing Brexit Party would rise as challengers to the ruling, center-right Conservative Party and opposition, center-left Labour Party. But as Election Day draws, it is looking as if in the new era of British politics, the old two-party system will continue.

The Conservative Party has had three years to implement the verdict of the referendum which they held. They have failed to do so. In their view, this is due to pro-Remain MPs frustrating the popular will. The fact remains Brexit has not been achieved.

As such, the Brexit Party, led by Britain’s most well-known Eurosceptic Nigel Farage, was expected to enter parliament on a pledge to pressure Westminster to exit the EU.

On Nov. 11, however, Farage surprised the nation and his own party when he announced it would not run in the 317 seats won by Conservatives in the last election. His justification was that the Liberal Democrats were stronger in the south, where Conservatives are strongest, and having both Brexit and Conservative Party candidates running for the same seat could split the pro-Brexit vote and allow pro-Remain Lib Dems into parliament, thus placing Brexit at risk.

The Lib Dems started the election optimistically. Turmoil in the Conservative and Labour parties led to defections of MPs from both parties to Lib Dems.

The party had a solid track record of opposing Brexit in the last parliament and hoped to win 48% of the public who voted to remain in the EU.

Lib Dems, who position themselves as a centrist, yet progressive, were expected to eat into Labour’s share of the vote, as the latter has equivocated on the issue of Brexit.

Lib Dems have long called for a second referendum on Brexit, but took the public and a part of their own party by surprise when they announced were they to win a majority, they would revoke Article 50 and cancel Brexit altogether.

The Financial Times speculated that the hardline position cost Lib Dems support, with their standing in the polls falling to just 15%. The Lib Dems recognized this fact, and on Thursday announced they would return to their position of pushing for a second referendum.

They have also gotten into hot water for allegedly misleading election material. Some were dressed up as local newspapers, and others contained polling information showing them as best placed to win against incumbent Conservative MPs, only for the fine print to show selective use of data.

The party has also faced criticism for being partisan. Unlike the Brexit Party that stood down in Conservative seats, Lib Dems are running in highly marginal Labour seats where Conservatives came second and Lib Dems came third. The Lib Dems have branded themselves the party of remainers, some of whom may dislike putting party politics above the cause of remaining in the EU.

The party also decided to run a campaign centered on party leader Jo Swinson. She had only been in the position a few months, however, and somewhat embarrassingly, the more exposure she had to the public, the lower her personal approval ratings sank.

The Lib Dems also gambled on Brexit dominating the election, and while it has to a large extent, domestic policy issues have still formed part of the debate, which has played to Labour’s advantage as the party pledging the most investment.

The Lib Dems role in the 2010-15 coalition government with the Conservatives has still not been forgiven by a portion of the electorate, as Swinson has discovered in bruising television debates with audience members.

Keywords:
Brexit PartyUK ElectionConservatives
Your comment has been forwarded to the administrator for approval.×
Warning! Will constitute a criminal offense, illegal, threatening, offensive, insulting and swearing, derogatory, defamatory, vulgar, pornographic, indecent, personality rights, damaging or similar nature in the nature of all kinds of financial content, legal, criminal and administrative responsibility for the content of the sender member / members are belong.
Related News